Last week the Royal Society of Biology celebrated the fifth annual Biology Week with over 100 events held across the UK and beyond. Families, students and researchers engaged in a variety of activities including debates, quizzes, museum tours, nature walks, Big Biology Days and more.

On Tuesday night more than 300 guests of different ages and backgrounds gathered at The Royal Institution for the Biology Week debate. In partnership with the Biochemical Society and Cancer Research UK, the event aimed to address whether we can and should predict people’s chance of getting cancer. The audience heard a wide-ranging debate, which began by examining the different risk levels of cancer-associated genes and moved on to the potential implications of cheaper and faster genome sequencing, with some insightful audience questions. 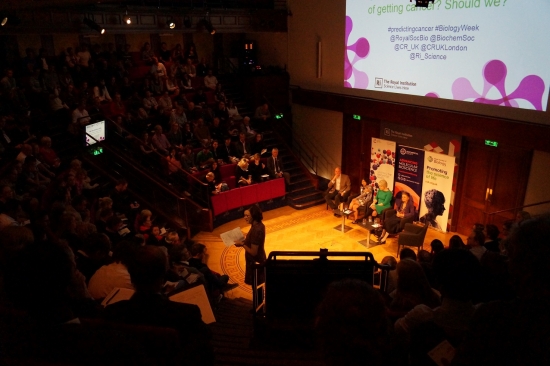 On Wednesday, the Biology Week Parliamentary Reception, held in partnership with BBSRC, was enjoyed by a packed room at the House of Commons. The event brought together Ministers, MPs, RSB Fellows and representatives from Member Organisations, to acknowledge the importance of life science in the UK. 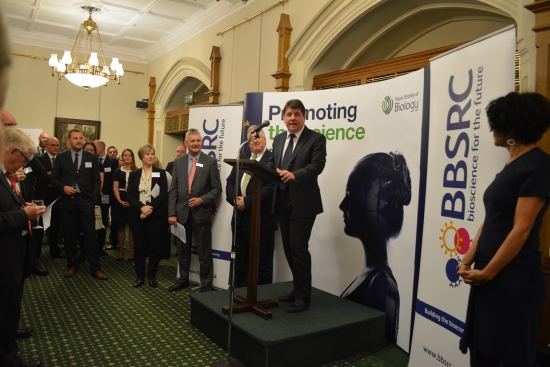 Stephen Metcalfe MP, Chair of the Parliamentary and Scientific committee, stated that science is a unique policy area that cuts across all major parties, and Chi Onwurah MP outlined the importance of conducting 'science for science’s sake', while emphasising the important contribution biology makes to society as a whole. 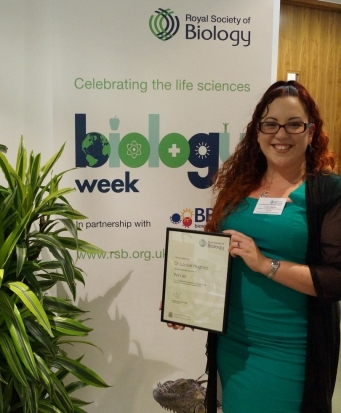 On Thursday evening at the annual RSB Awards Ceremony, the winners of the Photographer of the Year competition, Book Awards, Science Communication Awards, and President’s Medal were announced. The winning entries from the Nancy Rothwell Award were also displayed on the night.

The RSB launched a poll to find the Favourite UK Mammal. The RSB developed a shortlist of ten species alongside The Mammal Society and People’s Trust for Endangered Species. Mammal enthusiasts have until National Mammal Week at the end of October to cast their vote.

RSB Member Organisations held interactive biology events, such as UK Fungus Day organised by The British Mycological Society, which hosted fungal forays and events all over the UK. The Physiology Society’s Physiology Friday was a great success with hundreds of entries for their BioBakes competition. The Linnean Society also hosted a lecture on dosage sensitive genes in evolution and disease.

Early in the week a panel of expert speakers and delegates from across the life sciences gathered, as part of the RSB’s Policy Lates discussion series, to debate how regulation and innovation can help tackle the antimicrobial resistance crisis. The AMR crisis was examined from different perspectives, including veterinary research, biotechnology and public health.

Three Big Biology Day science festivals took place during the week. People learned how to sample stream organisms at Moulton College; enjoyed expert-led walks around nature reserves in Staffordshire and made articulating hands and examined a real tiger skeleton in Cambridge. Fun scientific activities were organised by organisations including the Microbiology Society, the British Pharmacological Society, and the Biochemical Society.

The RSB’s branches organised some great events. These included a lecture on the dragonflies of Devon from the Devon and Cornwall branch; a DNA master class from the West Midlands branch; and a lecture focused on the work of the Galapagos Conservation Trust from the Thames Valley branch.

More than 500 people attended the Bioscience Careers Festival, which took place at King’s College London on Saturday, and featured exhibitions from 19 different organisations. Attendees booked mock interviews, networked with life science professionals, and heard about the variety of careers available to those with a degree in biological sciences. 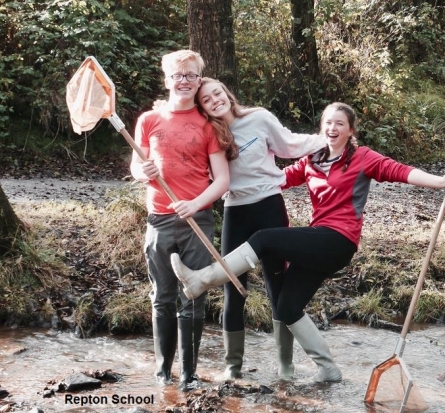 Inspiring future generations of biologists is fundamental to Biology Week. The RSB were thrilled that so many schools, colleges and universities joined in, testing their knowledge in our quizzes, and using the Biology Week resources. For example, Redmoor Academy and Hereford Cathedral School, both designed wonderful programmes of activities and competitions for their students including photography competitions, after-school dissections and biology film viewings.

It was a fantastic week of life science celebrations, with researchers, families, and students all getting involved and sharing their passion for finding out about the world around them. Let RSB know how you got involved, or if you'd like to be part of Biology Week 2017.