STEM for BRITAIN is an annual poster competition that brings together scientists, engineers, technologists and mathematicians to showcase their research and engage directly with politicians and policymakers.

More than one hundred early career researchers across all disciplines take part in the competition, with prizes awarded for posters that best communicate their research to a lay audience.

The event is organised by the Parliamentary & Scientific Committee, with its chair, Stephen Metcalfe MP for South Basildon and East Thurrock, presiding.

Nikita Patel, a PhD student at Barts and The London School of Medicine and Dentistry, Queen Mary University London, received Gold for her poster on tackling trauma one organ at a time using a reverse translational approach.

Siân Morgan, a postdoc at the School of Optometry and Vision Sciences at Cardiff University, received Bronze for her poster on enhanced drug delivery methods to combat corneal blindness. 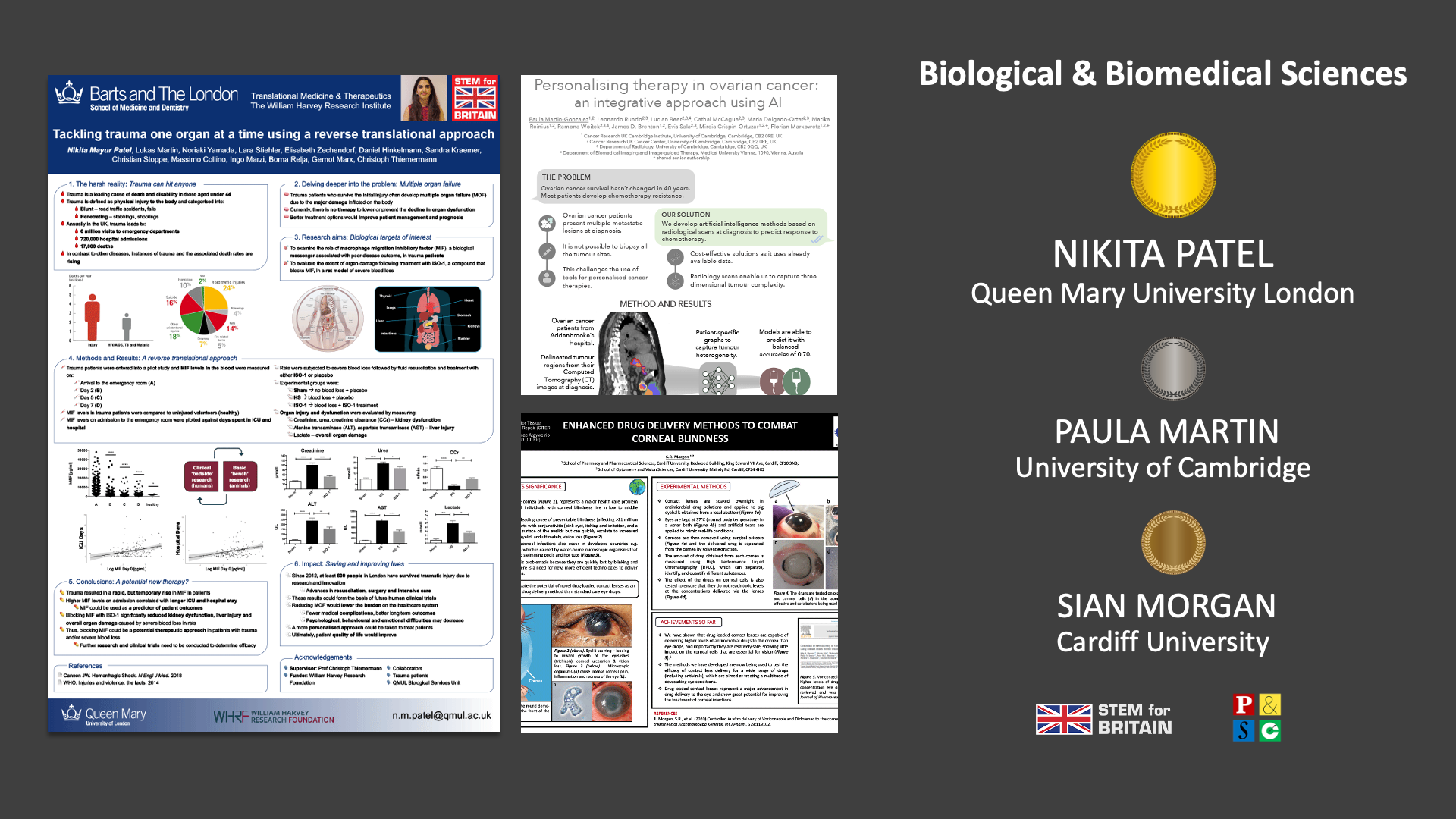 "Ensuring policy makers, including politicians, have an accurate and clear understanding of the UK’s enormous strengths in STEM research, its applications and contribution to knowledge are critical if we are to address many global challenges from the burden of disease to climate change.

"All the participants in today’s event, and the early stages, make clear the future is bright for UK science.

"However, we must continue to invest in skills and people to ensure leading-edge research not only continues, but is also communicated effectively.

"STEM for BRITAIN is a great example of science communication that actively engages parliamentarians and beyond.”

Dr Stephen Benn, director of parliamentary affairs at the RSB and vice president and chair of the Parliamentary and Scientific Committee, also offered his congratulations.

“The Royal Society of Biology is proud to be a long-standing sponsor and supporter of STEM for BRITAIN and the sheer quality of all the 50 finalists who presented this year was amazingly high.

"It was no surprise that all the judging panels found it difficult to decide upon the winners.

“We were all sorry that the event could not be held in person but the compensation of holding it online was that we were able to have a national and international audience.

"We also welcomed many MPs who were with us to support their constituents. The interaction between science and Parliament is at the heart of what this event is all about.”

The RSB has been a long-standing supporter of STEM for BRITAIN, which has been running since 1997. The event will hopefully be returning to an in-person event in 2022.