Prime Minister Theresa May has sent a letter of thanks to the RSB and the wider scientific community as part of the 30th Parliamentary Links Day.

The annual meeting of scientists and MPs is the largest science event in the annual parliamentary events calendar. Organised by the Society, the event allows hundreds of scientists and representatives from the science and engineering community to engage with MPs, peers and policy-makers in the Houses of Parliament.

This year appeared to be the most well-attended Links Day on record, with Speaker of the House of Commons Rt Hon John Bercow MP commenting that he had "never seen so many people" in the parliamentary conference room, and Shadow Minister for Industrial Strategy Chi Onwurah MP stating that it was "standing room only for science". 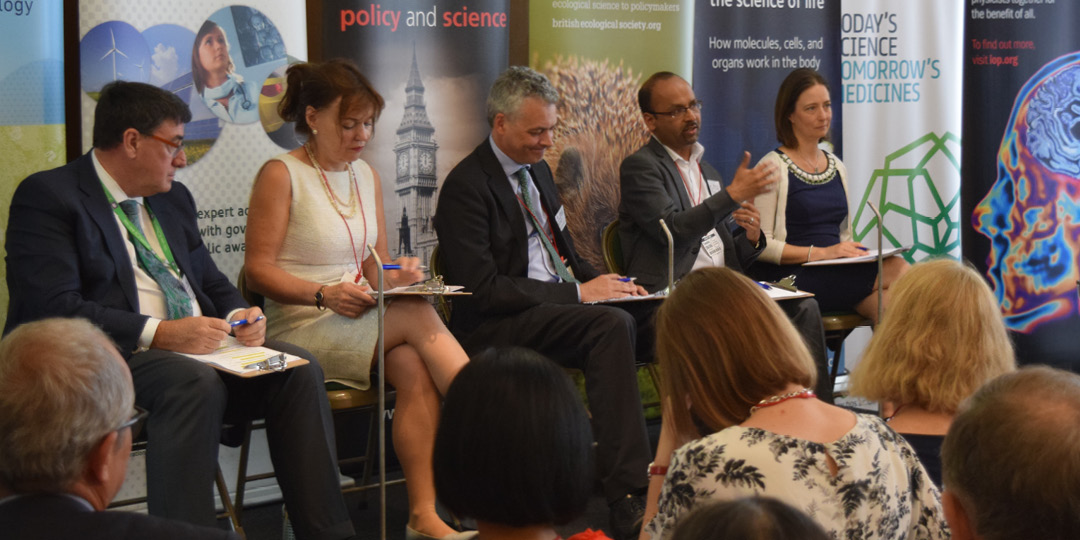 The event saw two panel discussions taking place, with sector leaders discussing challenges facing the science sector, including the Industrial Strategy and its delivery, uptake and retention of science for school pupils, increasing diversity and accessibility and the potential landscape of the sector post-brexit.

The first panel, chaired by the BBC's science correspondent Pallab Ghosh, discussed "The Target" of the Industrial Strategy, with audience members invited to pose their own questions to the sector leaders.

As part of the event, the Minister for Business, Energy and Industrial Strategy Rt Hon Claire Perry MP gave a keynote address on the Government's Industrial Strategy, published in November last year. She said the proposals represented a "profound statement" of the Government's long-term commitment to science and that the target to increase R&D spending by up to £80bn over the next 10 years was the largest funding boost the sector had seen in 40 years. 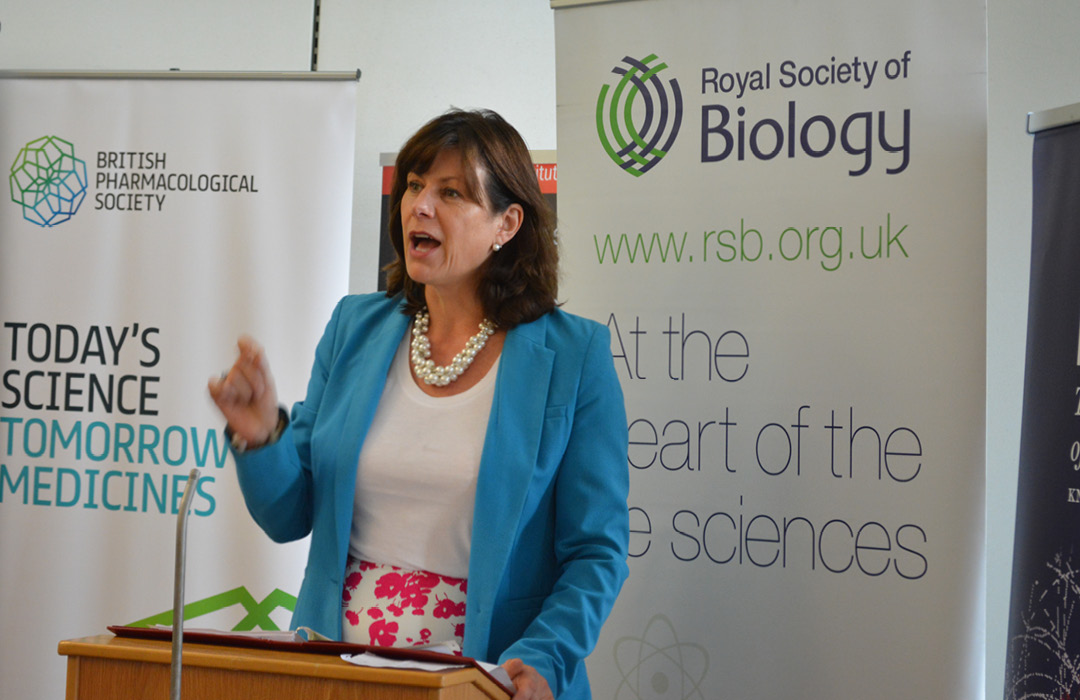 Perry said an Independent Industrial Strategy Council was being set up to ensure the Government was delivering on the strategy's aims for innovation, productivity and excellence in various locations across the country. 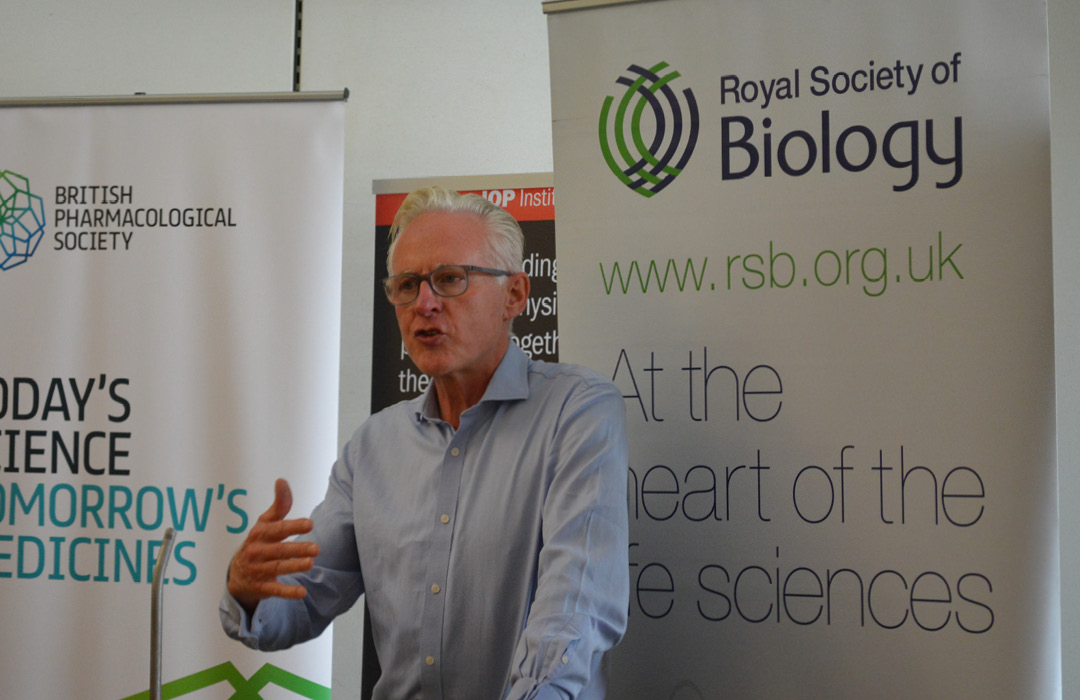 The chair of the Commons Science and Technology Select Committee, Rt Hon Norman Lamb MP, told delegates that the Committee will soon be publishing a blueprint on how to make the post-Brexit immigration system supportive of a skilled research and innovation workforce. The committee is also likely to launch an inquiry into how the Government's promised £80bn increase in R&D spending is distributed and how value for money could be guaranteed, said Lamb.

Chi Onwurah told delegates that Labour would aim to create an "innovation nation, with science as part of our DNA". She said the party would aim to leverage more funding from the private sector and raise R&D spending to 3% of GDP, with further improvements to country-wide innovation backed by a £250bn transformation fund and the establishment of a national education service. "Our pledge is to democratise science and technology so that they benefit everybody," she said. Onwurah also said Labour would take action to improve diversity in science after years of slow progress. 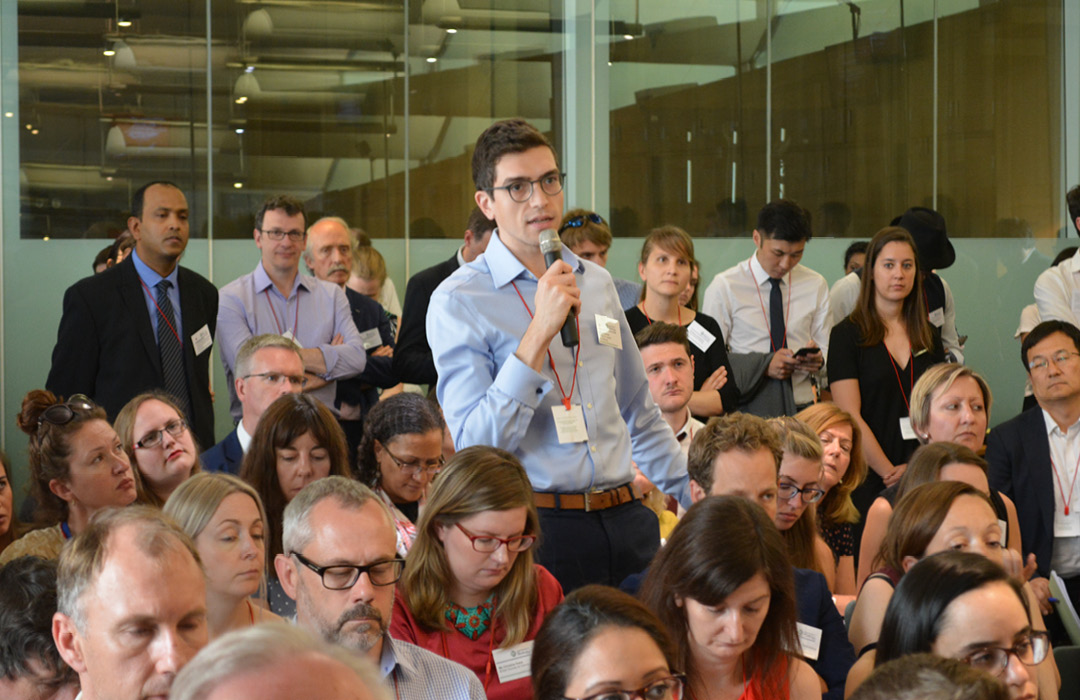 Members of the audience were able to pose their questions to sector leaders (Photo: RSB)

He also spoke of the importance of bringing the commercial sector into discussions about innovation strategy – noting that 165,000 people are employed in private sector R&D and more money is spent in this sector than on publicly-funded R&D.

The second panel discussion, also chaired by Ghosh looked to cover "The Target" of the Industrial Strategy, and discussions touched on the delivery of the increased funding for R&D, and the future of STEM-based industries in the UK. 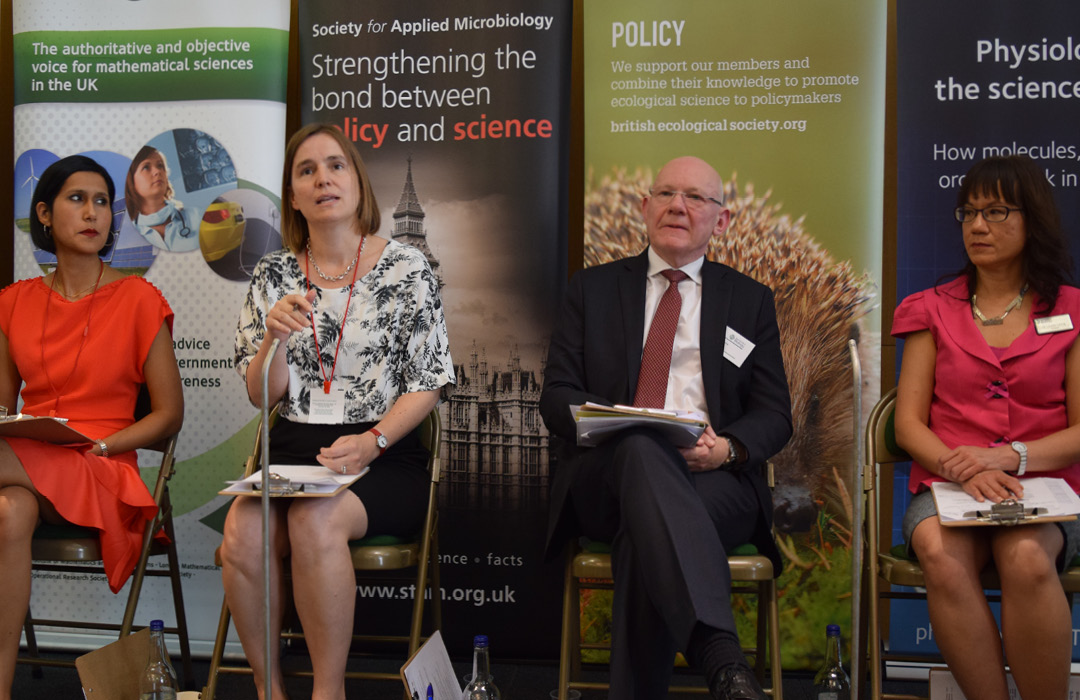 Closing the event, former Science and Technology Select Committee chair Stephen Metcalfe MP read out a message from the Prime Minister Theresa May welcoming "the presence in the House today of so many distinguished scientists and engineers from such a wide range of the UK's most prominent scientific societies." In her message, the Prime Minister recognised the concerns that many scientists have about the impact of Brexit on attracting the best scientists to their institutions.

"I know how deeply British scientists value their collaboration with colleagues in other countries through EU-organised programmes...," May wrote. "That is why I have made clear that it is in the mutual interest of the UK and the EU for the UK to have the option to fully associate ourselves with the excellence-based European science and innovation programmes." Read the full message.

The next Parliamentary Links Day will be on Tuesday 25th June 2019.

The RSB would like to thank all the organisations involved in Parliamentary Links Day and all of the speakers.

Panel Session A: The Mission

Panel Session B: The Target