The RSB has written to prime minister Boris Johnson ahead of November’s COP26 climate summit in Glasgow, urging his Government to do justice to the UK’s history of leadership on environmental issues.

As well as setting out the urgency and importance of reducing carbon emissions, the Society’s chief executive, Dr Mark Downs CSci FRSB, asked that policymakers “choose the options with benefits to nature and avoid accumulating damage to health and the environment.” 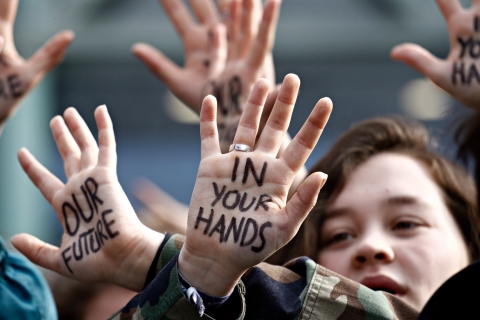 The letter detailed how “tipping points are expected to be reached sooner than initially predicted” with The Paris Agreement’s goal to limit global temperature rise by 1.5°C deemed unlikely based on current trends: “In short, we are headed towards disaster.”

Research by the Climate Change Committee has found that at present just 20% of emissions cuts needed by 2035 are likely to happen, with the UK currently failing on 17 out of 21 progress indictors, as set out by the committee.

The International Energy Agency has already stated that in order to limit global temperature rise, the government should refrain from approving any additional fossil fuel acquisition ventures.

Despite this, several projects are still being considered to discover and extract more fossil fuels from across the UK.

The letter outlines how the British public are already concerned about the environment, and how the majority want climate change to be prioritised in economic recovery.

The letter calls for UK leadership that sets a positive example to the rest of the world and which supports other nations “in taking a path towards a greener and healthier future.”

The letter concludes: “There may not be another opportunity [for the global community to agree and implement a clear plan to reduce emissions], and any delay will be enormously costly.

“We must seize this final chance to stabilise the climate and deliver a safer, fairer world.”

The full text of the letter can be read online.