Staff and members of the Royal Society of Biology took to the streets as part of this year’s Pride in London parade, in support of the LGBT+ community; the first time the Society has taken part in this event.

More than 30 members and 11 staff members donned branded t-shirts and walked in the parade on the 7th July, joining 600 organisations and 30,000 people from all parts of the LGBT+ community marching to celebrate, protest and stand up for equality.

This year’s Parade marked 50 years since the Stonewall Uprising that sparked the modern Pride movement.The parade set off from Portland Place and finished on Whitehall, with well over a million estimated participants and spectators. 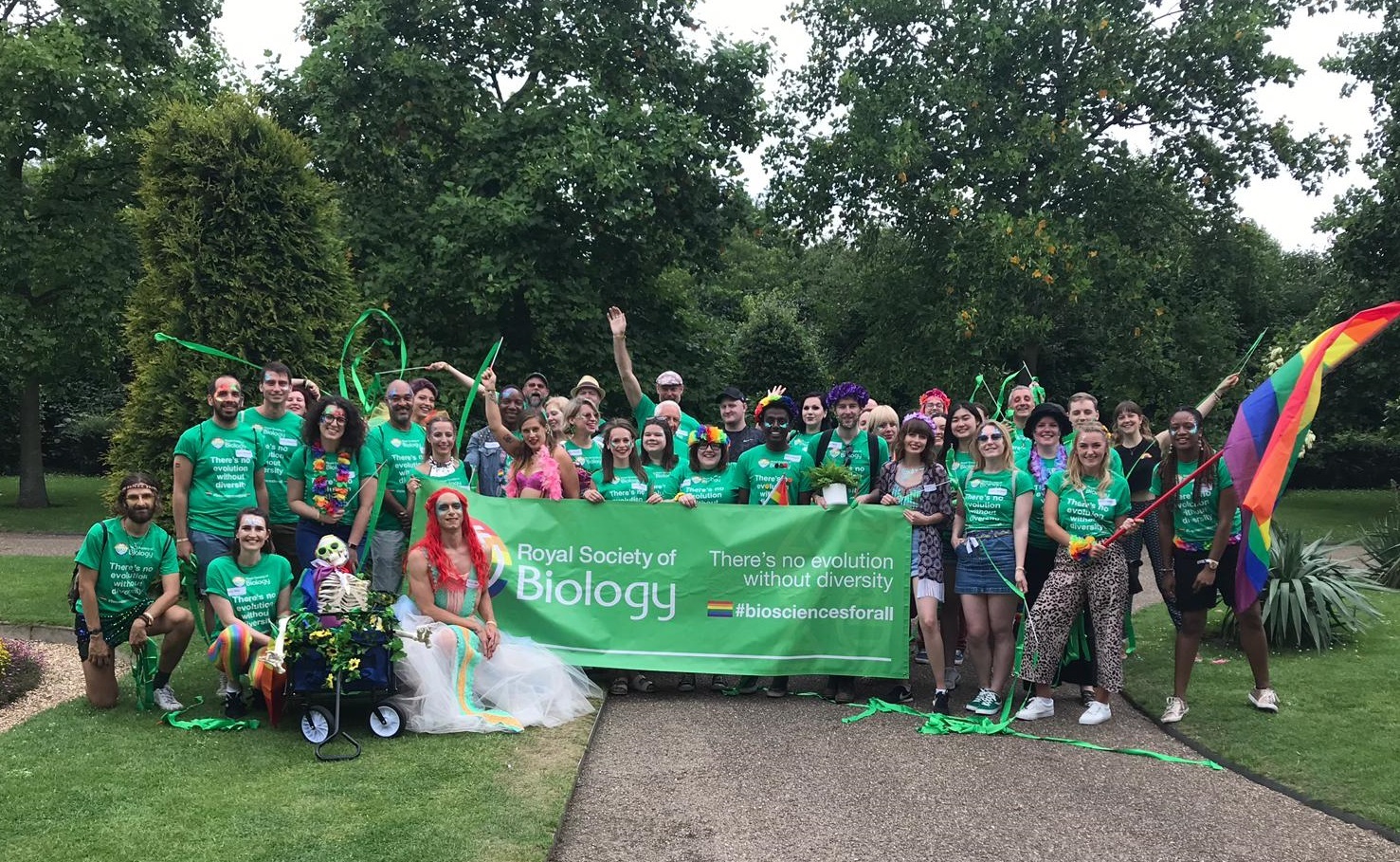 A member who attended the event said: “As a bit of a Pride veteran, I have been going for over 30 years, I can tell you it ranks up there with my best experiences of Pride.

“Not only was it really well organised and huge fun, it was great to get the message out there that the Society values diversity and equality.

“I hope the Society sees the value of the increased visibility and decides to take part in future Pride events.”

This year’s Pride in London parade followed the annual LGBT+ STEM day, which drew active support on social media for the LGBT+ STEM community, and the earlier LGBTSTEMinar  - an event supported by the RSB – that showcases the work of LGBT+ scientists and fosters greater networking and collaboration across the community. 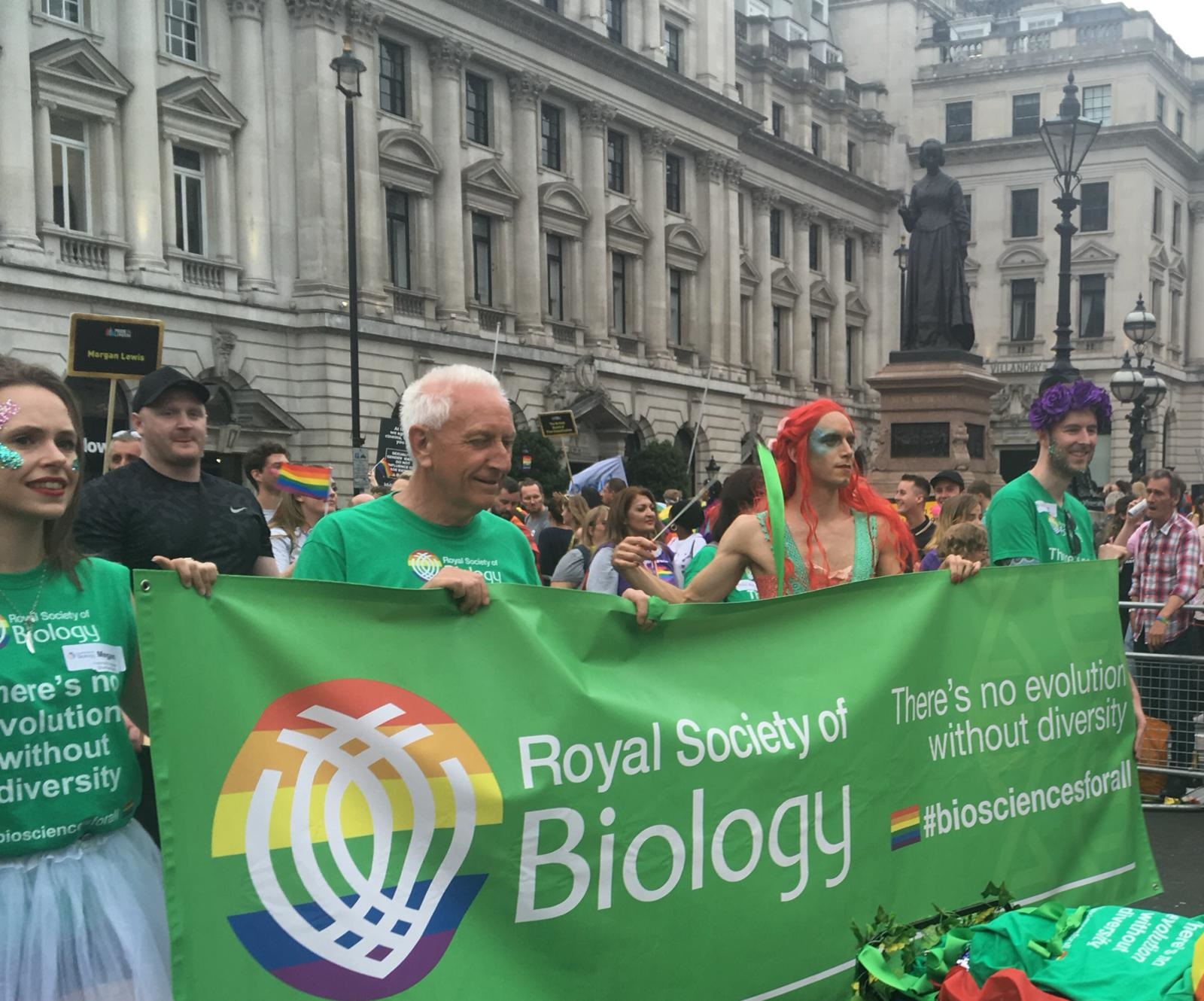 Jade Hall, science policy officer at the RSB, who oversees inclusivity and widening participation, said of the event: "Marching in Pride in London was a fantastic opportunity to demonstrate our commitment to supporting and celebrating our LGBT+ community within the biosciences, and to highlight that the biosciences truly are for everyone.

“Recent reports show that 28% of LGBT+ people working in the physical sciences have considered leaving their jobs due to the climate or discrimination, which increases to nearly half for those who identify as transgender.

“There is a great deal to be done to overcome barriers and challenge discrimination faced by the LGBT+ community working in science. We hope that marching in Pride is a clear demonstration that the RSB is committed to continuing to make the biosciences welcoming for all.”