Representatives for the Royal Society of Biology appeared before Parliament this week to discuss the future regulation of UK genetic technologies.

The discussion focussed on the benefits of genetic technologies, potential risks and oversights, and the role of advisory bodies in assessing risks and the impacts on animal welfare.

The call to provide evidence followed the submission of written evidence provided by members to a 2021 consultation run by the Department for Environment, Food and Rural Affairs (Defra).

The House of Commons is currently considering the Genetic Technologies (Precision Breeding) Bill, which looks to streamline rules governing genetic technologies for plants and animals.

The Bill looks to reclassify plants and animals produced through precision breeding, in order to make it easier and quicker to bring these animals and products to market.

Precision breeding describes a range of breeding technologies that make targeted genetic changes to produce beneficial traits akin to those that could have arisen spontaneously or in traditional breeding, as opposed to inserting functional DNA from another species.

This use of gene editing is therefore classified as precision breeding, making it separate to the production of genetically modified organisms that are subject to stricter regulations. 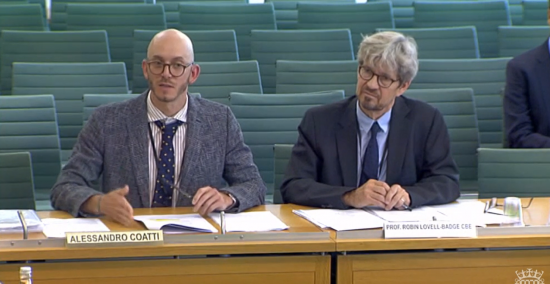 Defra states that precision breeding could help produce crops that are more nutritious, resistant to pests, or resilient to climate change, to help us address food security challenges. The Bill wants to ensure that the production of organisms through precision breeding is properly regulated.

Commented Coatti: “We find it encouraging that the Bill will allow for regulation of certain genome editing applications in ways that are more proportional and based on scientific evidence.

“However, we think that the Bill should better assess the impact of genome editing using a one-health approach.

"The Bill should better consider the potential health risks for precision bred animals and humans from zoonotic transmission – genetic breeding could change the susceptibility for organisms to catch and spread diseases.

“We also recommend that the Bill defines in clearer terms the role the Food Standards Agency will have in allowing food and feed made with precision bred organisms on the market.

“The FSA has a good record of building citizens trust, which is to be commended, but if they were to apply a non-proportional and generalised risk assessment to all PBOs, irrespective of the edited trait, then this could create undue regulatory barriers for developers, particularly SMEs and innovative biotechs.

“Defra must now produce clear guidance and advice for researchers and developers to proceed.”

The public bill committee will receive written evidence on the bill until Tuesday 12th July before embarking on a third reading by the House of Commons.

We are putting together another written submission from the RSB - if you would like to share your views to inform our policy work, please write to alessandro.coatti@rsb.org.uk or consultation@rsb.org.uk.