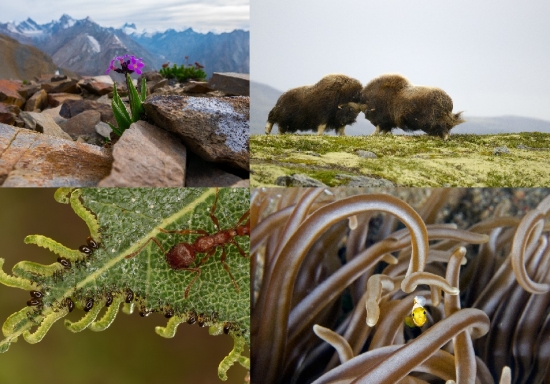 The theme of this year’s competition was Conflict and Survival. Shortlisted images include; a pair of seabirds mid-flight fighting over a meal, muskoxen bulls locking horns during the ‘rutting’ season and Sri Lankan stilt fisherman casting their lines into the sea.

The entries featured a wide variety of species from across the globe, from as far as India, South Africa and Norway, to the UK countryside.

Judge Tim Harris, from Nature Picture Library said, “The judges were impressed by the range of interesting and original ways in which this year’s competition theme, Conflict and Survival, was interpreted, with a strong focus on both behaviour and the environment.”

The winners will be announced at the Royal Society of Biology Awards Ceremony on Thursday 15th October at Charles Darwin House, London, as part of Biology Week.