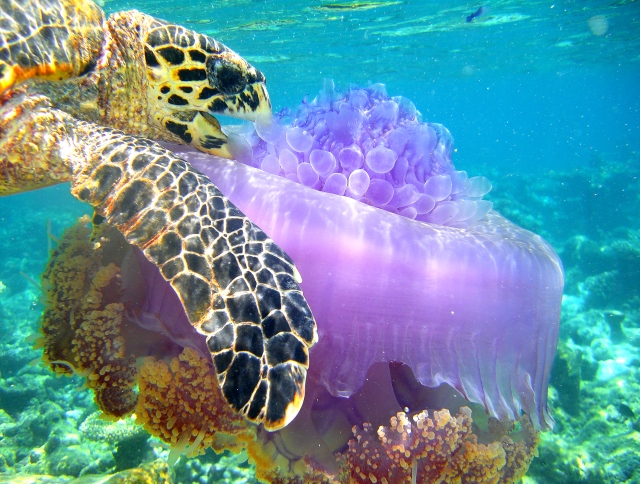 Meal Time! by Boris Barath. Shorlisted for the Young Photographer of the Year award.

The full shortlists can be viewed in our gallery.

The theme of this year's competition was Home, Habitat and Shelter and we received nearly 800 entries. Shortlisted images include; a chick embryo growing inside its egg, an underwater image of a sea turtle eating a jellyfish, and parasitoid wasps building clay pots to protect their young.

Judge Tim Harris, from the Nature Picture Library said, 'We were impressed by the variety of entries this year, in both subject matter and geographical location. There was some stiff competition in the adult category, and some great images from the younger age group too. It was refreshing to see some unusual and imaginative interpretations of this year's theme, and especially some which related the theme to man as well as animals.'

The winners will be announced at the Society of Biology Awards Ceremony on Tuesday 14th October at the King's Fund, London, as part of Biology Week.