Members of Parliament and the life science community gathered in the House of Commons last night to celebrate Biology Week with the Royal Society of Biology (RSB) in partnership with the Biotechnology and Biological Sciences Research Council (BBSRC). 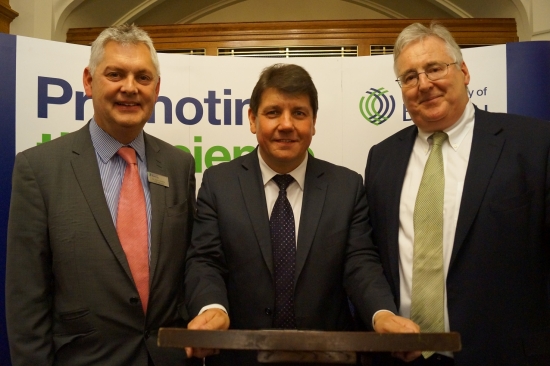 The Churchill Room was packed with more than 120 invited guests, including Jo Johnson MP, Minister of State for Universities, Science, Research and Innovation.

The audience first heard from Stephen Metcalfe MP, of the Science and Technology committee. Metcalfe stated that science was a unique policy area that cuts across all major parties and all of society.

Chi Onwurah MP, Shadow Minister for Industrial Strategy, spoke of her own interests in science, having spent her early career as an engineer. Onwurah outlined the importance of conducting 'science for science’s sake', but also emphasised the important contribution that biology makes to society as a whole.

Dr Mark Downs CSci FRSB, chief executive of the RSB (above left), wished a happy fifth birthday to the annual celebration of life science that is Biology Week. He outlined the diversity of research that takes place within the biosciences and the role of the RSB in acting as a unifying voice for the life sciences.

Professor Melanie Welham FRSB, chief executive of the BBSRC, spoke about the importance of frontier research,“'We can't predict which areas of frontier bioscience will lead to the greatest discoveries - BBSRC didn't know when we funded the Dolly project, but 20 years on Dolly has inspired many breakthroughs in stem cell biology.” 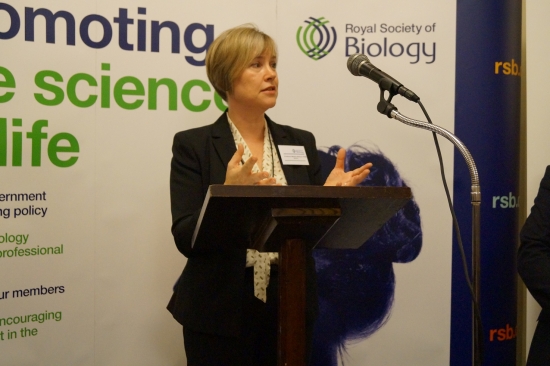 Welham highlighted BBSRC's role at the cutting edge of life science research, "Frontier bioscience is pushing the boundaries of knowledge to make potentially life changing discoveries", as well as drawing attention the contribution that these discoveries can make to the bioeconomy. 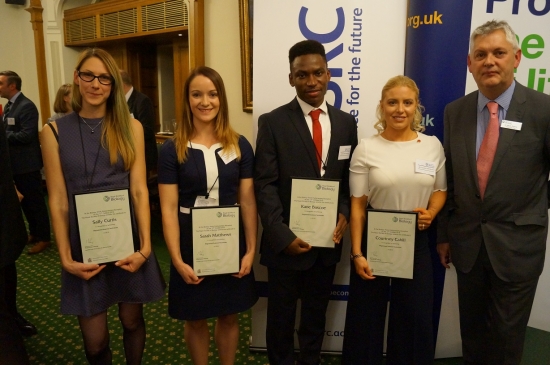 Guests were invited to take part in a light-hearted ballot to elect their favourite UK mammal from a shortlist of five. The red squirrel won by one vote, and the results of the informal ballot were announced by Dr Stephen Benn (above right), director of Parliamentary Affairs at the RSB. The Society has created a national #UKMammalPoll alongside The Mammal Society and the People’s Trust for Endangered Species for Biology Week 2016.