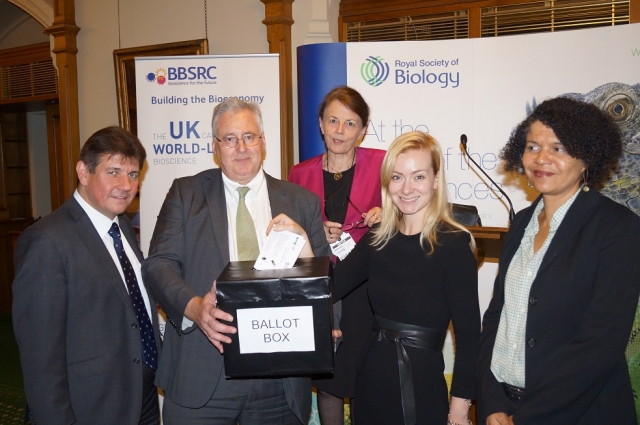 This year's Biology Week Parliamentary Reception, held in partnership with the BBSRC, was a great success, with a packed room at the House of Commons last night.

This annual celebration brings together Ministers, MPs, RSB individual members and Fellows, representatives from Member Organisations, as well as other supporting organisations and volunteers, to recognise the vital importance of the biosciences in the UK.

Hosted by MPs Stephen Metcalfe and Chi Onwurah, the night began with a warm welcome from Metcalfe and an acknowledgement of the: “fantastic contribution biology makes to the economy and society and the ‘unique’ role it has.”

Nicola Blackwood MP, chair of the Science & Technology Select Committee, took to the stage to say a few words regarding the success of science in the UK saying: “The UK is a science superpower.” She stressed the importance of investing in research, and emphasised her wish for the impending spending cuts to not drastically impact on UK science and her determination to not let science fall off the agenda.

Professor Melanie Welham FRSB, executive director of science at BBSRC highlighted the importance of Biology Week, detailing the wide variety of events and activities taking place in science centres, universities, schools, museums, lecture theatres, parks and even pubs across the UK and beyond. Professor Welham also stressed the importance of recognising the positive impact of the ‘bioeconomy’ in the UK. 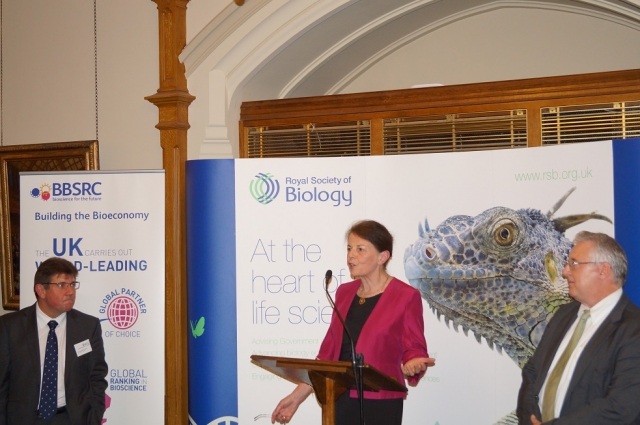 Attendees were also encouraged to vote for their favourite UK insect, based on the RSB Favourite UK Insect public poll, launched in August. Of the 191 votes cast on the ngiht, 64 went to the buff-tailed bumblebee, a winning majority met with rapturous applause. The results for the national poll will be announced tomorrow.

The Royal Society of Biology would like to thank the guest speakers, hosts, the BBSRC and everyone who attended the event.

Find out more about Biology Week.