Links Day, a staple event in the Parliamentary science calendar, this year brought together keynote talks and panel discussions on climate change with a range of policymakers, politicians and sector leaders.

The event took place less than six months ahead of the 26th UN Climate Change Conference, COP26, taking place in Glasgow in November.

COP26 will bring world leaders together to discuss the global action needed to meet the goals of the Paris Agreement and the UN Framework Convention on Climate Change.

The event also follows the announcement of the UK’s sixth Carbon Budget, which aims to bring the UK more than three quarters of the way to net zero by 2050 by setting the “world’s most ambitious climate change target,” looking to cutting emissions by 78% by 2035.

An underlying theme of this year’s Links Day was the need for a collaborative, international approach to tackling climate change.

Speakers discussed the need not just for Governments and businesses to work together to achieve carbon neutrality, but also for individuals to make changes in their own lives where possible.

The event was opened by Rt Hon Dame Eleanor Laing MP, deputy speaker for the House of Commons, and was chaired by Stephen Metcalfe MP, chair of the Parliamentary & Scientific Committee.

The event started with a pre-recorded keynote address from Rt Hon Alok Sharma MP, who is also the COP26 President Designate.

Sharma highlighted the importance of collaboration in ensuring evidence reaches a wide audience: “It is vital that science lights the way and that relationships continue to be built between researchers, politicians and peers.” 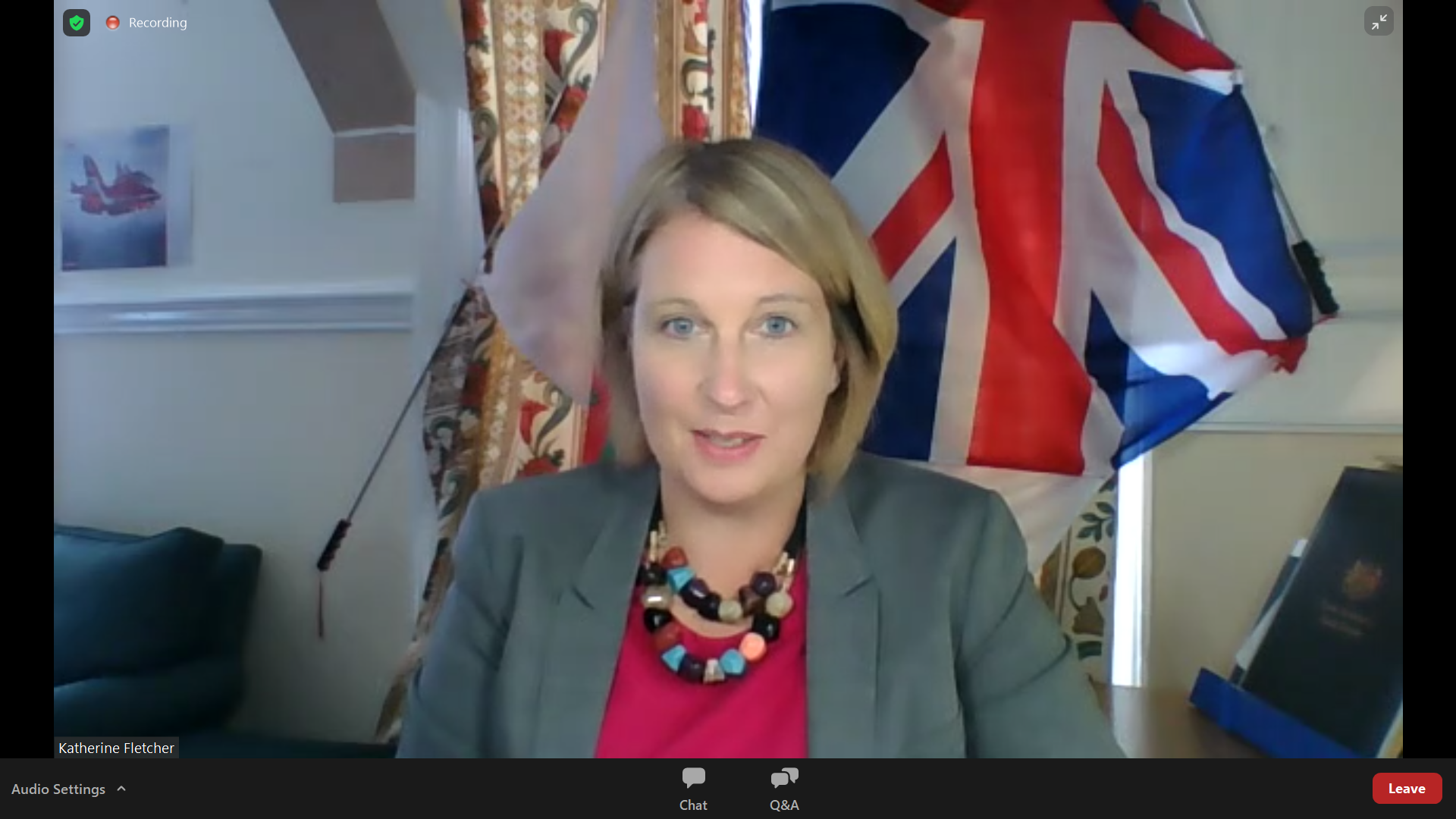 Fletcher was asked about the changes she had made in her own life to reduce her carbon footprint, and she emphasised the need to present people with a range of options that they can incorporate into their own lives to make a difference.

The international panel discussion brought together Professor Sir Adrian Smith, president of the Royal Society, Monica Dean, senior expert advisor supporting the special presidential envoy for climate from the US State Department, and Sunan Jiang, minister counsellor for science and technology affairs at the Chinese Embassy in the UK.

The panel addressed topics such as climate change scepticism, with Dean attributing a greater understanding and recognition of the climate change crisis to the work of the science community.

Professor Smith added that the real world effects of climate change, such as extreme weather patterns, have also acutely raised awareness of the crisis. 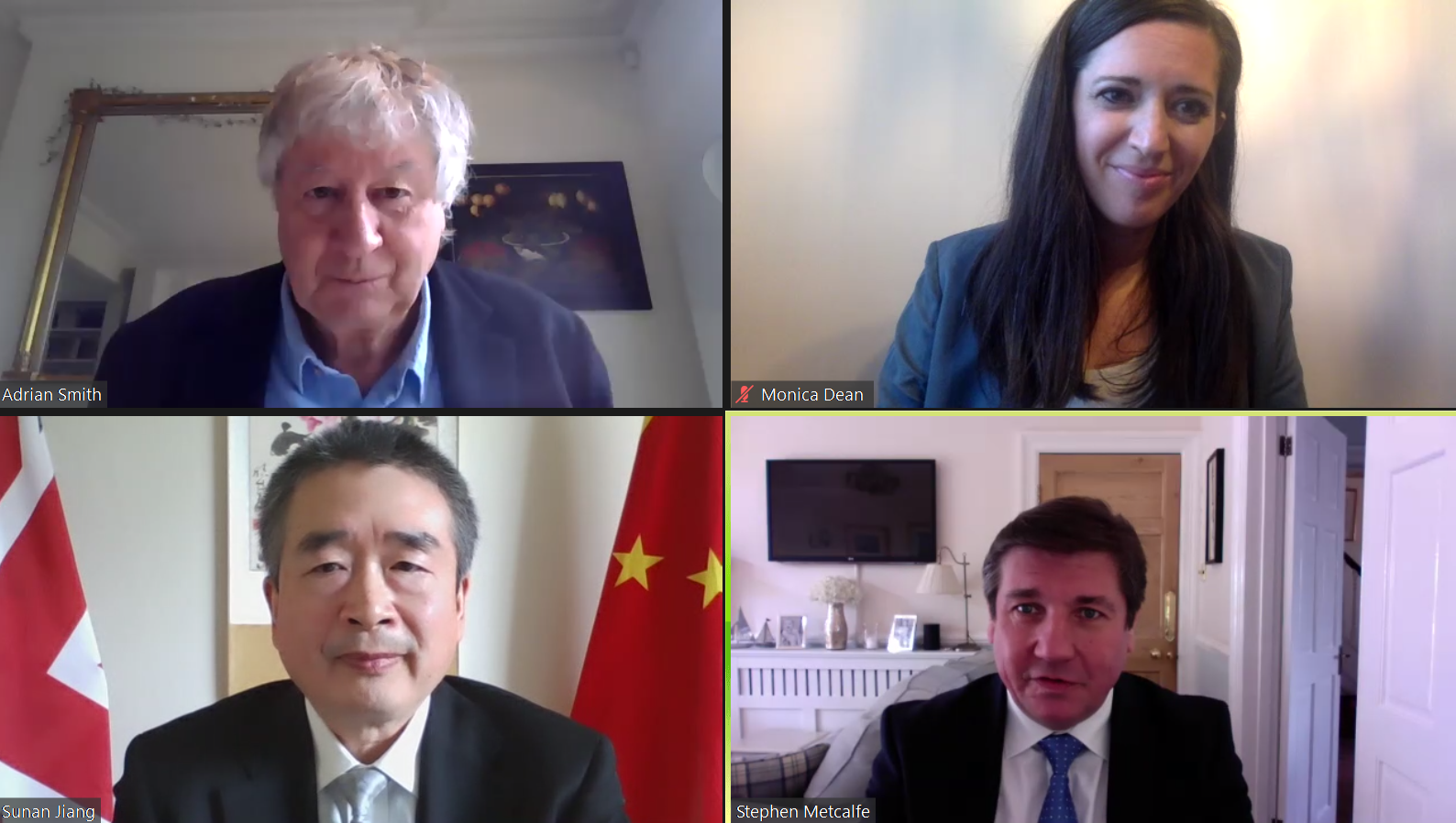 Members of the international panel with Stephen Metcalfe MP, who chaired the event

The panel discussed logistic issues in implementing green energy alternatives, with Dean pointing out that currently there aren’t sufficient charging stations for electric vehicles in the US, for example.

Professor Smith added that there needs to be a joined-up approach to addressing these issues, that takes into account the economy, human behaviour, the current infrastructure and more.

Following the panel, the audience heard from Chi Onwurah MP, shadow minister for science, research and digital, and a longstanding supporter of RSB’s Parliamentary events.

Onwurah delivered a keynote speech on how essential science and engineering is in addressing “existential threats,” and touched on how going green needs political, scientific, and economic investment.

Clark updated the audience on current Government inquires, as well as discussing the potential for a Select Committee dedicated solely to climate change, the role of hydrogen power, and the ongoing report on lessons learned from the pandemic.

Clark was then followed by Government Chief Scientific Adviser Sir Patrick Vallance, who stressed the need for implementing innovation at scale if we are to meet net-zero targets by 2050 – within 1500 weeks. 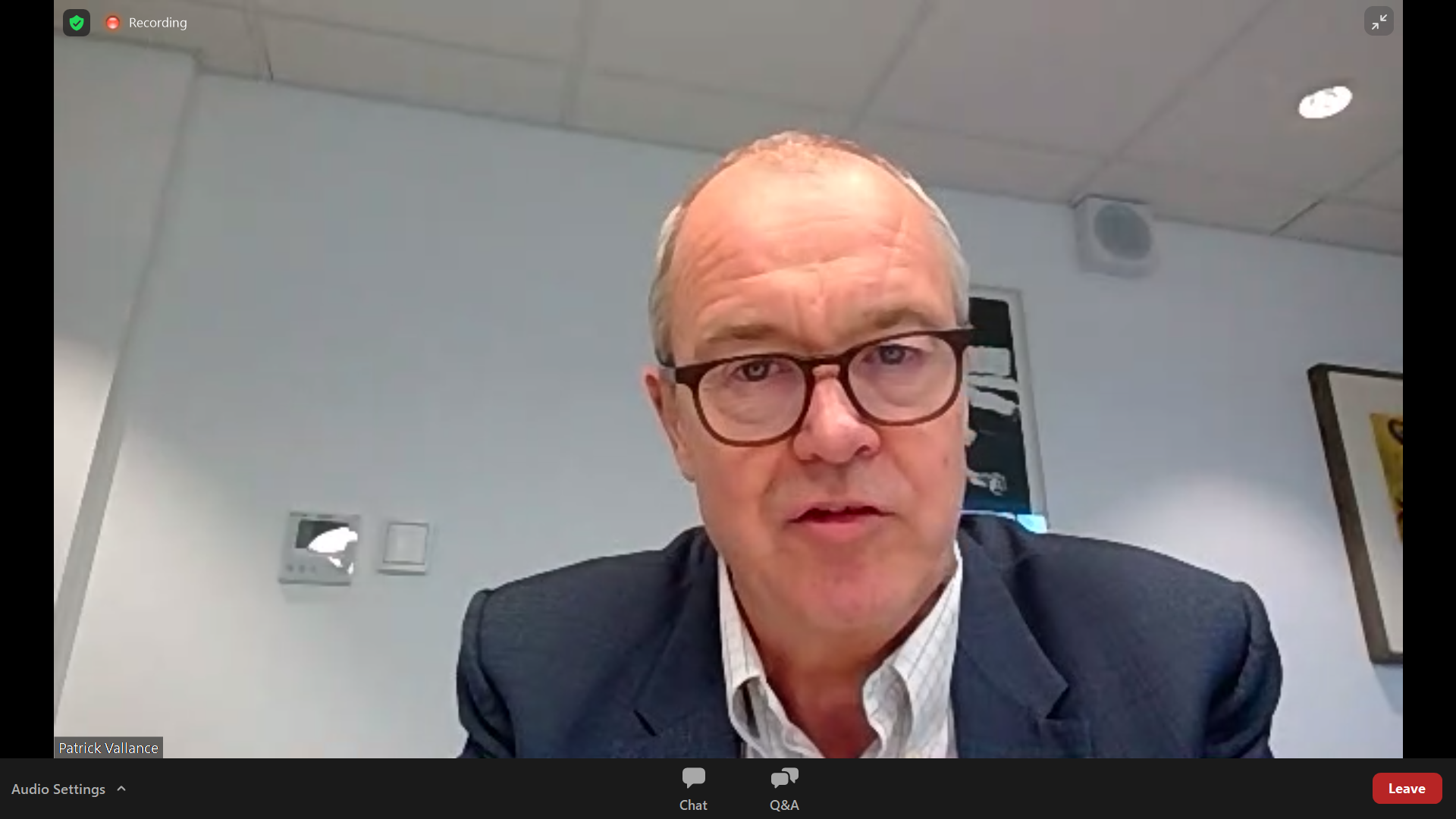 He spoke on the need for a “whole systems” approach to try and meet the target, incorporating behavioural change, strong leadership, data and analytics and maximising technological provisions.

The event concluded with thanks from the chair Stephen Metcalfe MP, who also sponsored Early Day Motion 213, congratulating the RSB on organising the event on behalf of the science and engineering community, and applauding the event’s ‘timely’ theme.

Biographical details of today's speakers are available on the RSB’s website, and Parliamentary Links Day is expected to return as an in-person event on Tuesday 28th June 2022.