The biggest science policy event in the Parliamentary calendar heard from Jo Johnson MP that the UK Government will continue to underwrite the Joint European Torus (JET) project post Brexit. 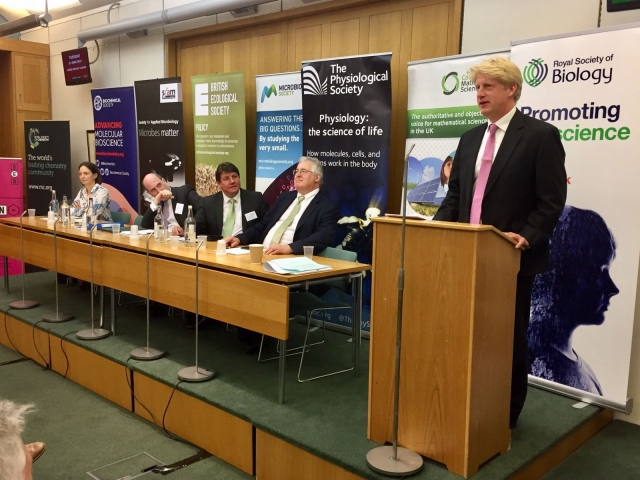 The announcement came as part of his keynote speech at the annual Links Day, organised by the Royal Society of Biology on behalf of the science community. The event brings together hundreds of scientists, policymakers and politicians to discuss issues facing the science sector.

This year’s event saw the Attlee Suite of Portcullis House, Westminster, tightly packed with members of the science community keen to listen to the discussions and pose their questions to the speakers and two expert panels.

The event was opened by the Speaker John Bercow ahead of two keynote speeches, from Jo Johnson MP, the Minister for Universities, Science, Research and Innovation and Sir John Kingman, Chair Designate of UKRI. Two panel discussions thereafter focused on European and global opportunities. 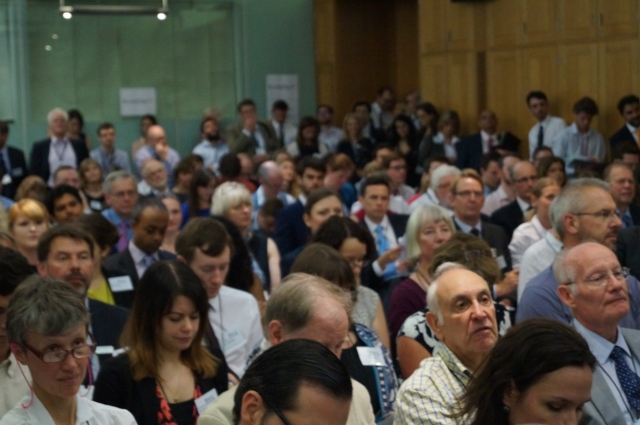 The packed out crowd filling up the Attlee Suite (photo: RSB)

Johnson emphasised how important it is that the UK remains world leading, alongside the need to achieve better geographic spread of excellence and investment, and the need to translate more research into commercial success.

“We maintain the enviable record for science and innovation; we are genuinely world class.

“We need to work harder to address economic imbalances and historic under investment in research and development. We want the UK to remain the go to place for scientists, innovators and tech investors from across the world.”

Announcing the Government’s investment commitment Johnson said: “JET is a prized facility at the centre of the UK’s global leadership in nuclear fusion research, which is why the Government is taking every possible step to secure its future and maintain highly skilled jobs in the UK.”

In his speech, Kingman discussed the future development of UKRI, and the opportunities and challenges the organisation will face in the coming months and years. Both Johnson and Kingman also stressed the need for continued achievement to leverage continued Treasury support for public investment.

Two panel sessions followed, with leaders in the science sector, politicians and policymakers taking questions from the floor. Both discussions were chaired by BBC Science Correspondent Pallab Ghosh. 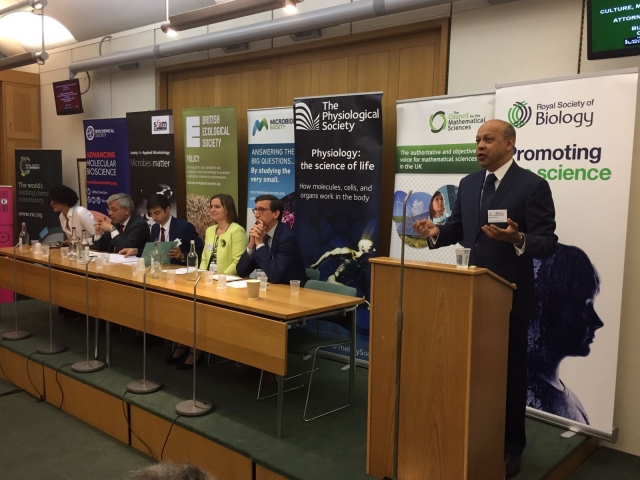 The discussion quickly focussed on the challenges for the sector in the run up to leaving the EU, with Onwurah acknowledging that some EU scientists are now apprehensive about joining the UK community, as well as the need to reassure those already working here that they will be able to stay. 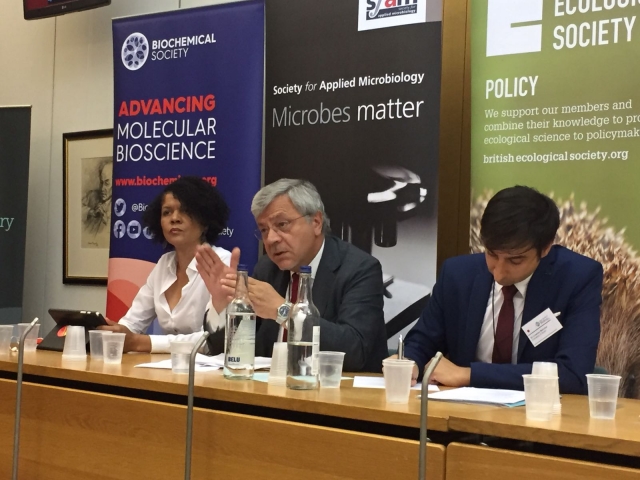 This was echoed by di Lauro, who told the audience that a survey of Italian academics across UK universities found that 82% of respondents were considering leaving post-Brexit. Melchor noted the findings of a recent SRUK study and explained that his embassy had set up a specific taskforce to help Spanish academics understand their options for remaining in the UK, as people were still uncertain over their rights to remain in the UK.

Main commended the sector on coming together and helping define top priorities for the upcoming brexit negotiations, but she stressed the importance that those in attendance also continue to engage with policymakers. 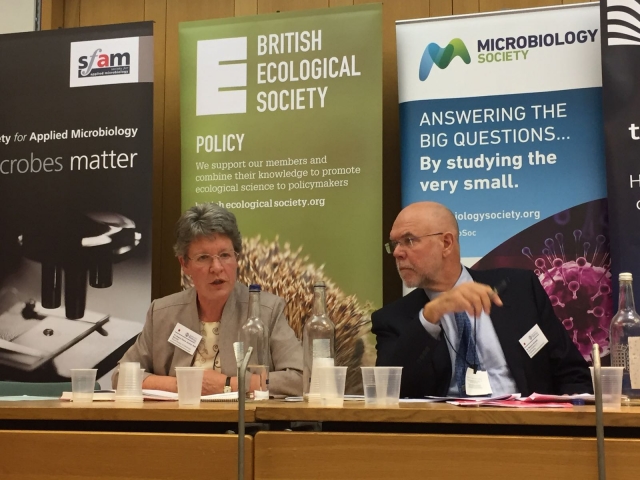 Discussion across the second panel focused on the need to expand the global science sector; Burnell explained that schools need to offer more comprehensive careers advice for those going into STEM, and ensure not only pupils get excited over becoming scientists, saying “We need to reiterate the value of being a scientist not just to children but to their parents too.”

Meanwhile Holman explained the need for specialist science teachers to inspire students from a primary school age, to strengthen the “skills pipeline” and ensure there will be enough scientists for the future.

Brinded added that there is a skills shortage faced by global engineering as well as the need to also address diversity. He explained that the UK is particularly dependant on overseas students coming to study at the UK, with 68% of current postgraduate engineers are from overseas: “We have to factor these issues into any immigration policy, as well as improving the supply of UK nationals.”

A Q&A across both panels covered issues of regulation, funding, political awareness of science issues, leadership against xenophobia, and inspiring the next generation. 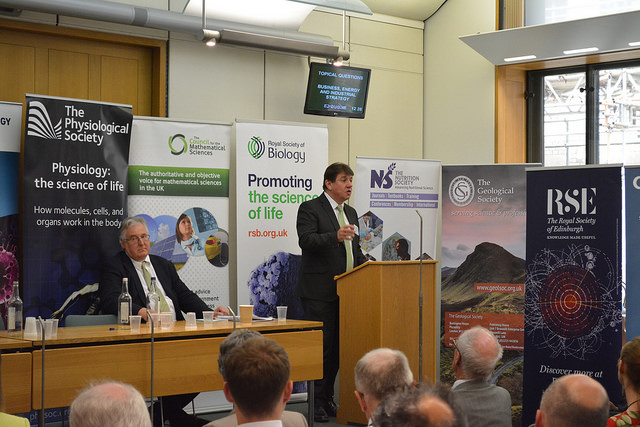 The event concluded with closing remarks from Stephen Metcalfe MP, immediate past chair of the science and technology select committee for the House of Commons. “We know the UK is world leading for science.

“We now need to build an optimistic, outward looking, inspirational vision of science in the UK; we need to create a vision that attracts and not repels the best scientists in the UK and globally.”