Each autumn the number of spiders seen indoors suddenly increases as males (of the Tegenaria genus) go on the hunt for a mate. The Society of Biology is launching a new app to help the public learn more about the spiders that will be in their homes in the coming months.

Each autumn the number of spiders seen indoors suddenly increases as males (of the Tegenaria genus) go on the hunt for a mate. The Society of Biology is launching a new app to help the public learn more about the spiders that will be in their homes in the coming months. 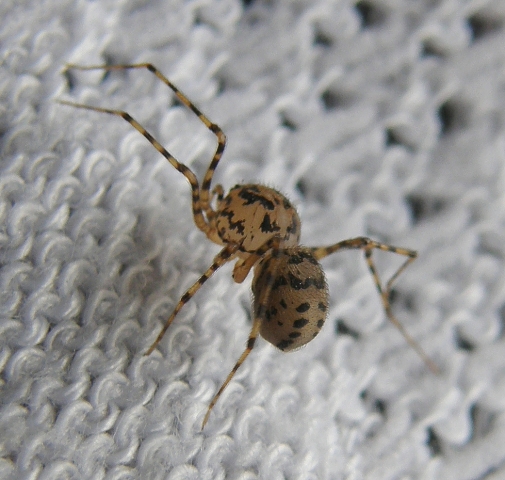 The app 'Spider in da House' is available in the Android and Apple app stores. Using photos, identification tools, and further facts, the free app allows people to identify and learn more about 12 of the most common spiders found inside houses.

Professor Adam Hart from the University of Gloucestershire says: "By eating flies and other insects, spiders are not only providing us with a pest control service, but are important in ecosystems. They often feed on the most common species, preventing a few species from becoming dominant.

"We want to encourage people to respect and learn more about their little house guests."

There are approximately 660 species of spider in the UK, and according to the preliminary results of the Society of Biology's House Spider Survey (which recently closed), the public struggle to differentiate between spider species and sexes. This prompted the new identification focussed app.

Users might be lucky enough to spot the rare Scytodes thoracica, or 'spitting spider'; only seen in older houses and rarely active in the daytime.

The spitting spider is a pale straw yellow with black markings and an extremely large domed head. Its method of prey capture is very unusual, in that it constructs no web and moves extremely slowly. The enlarged head contains a set of modified poison glands that have evolved to produce a sticky glue. This is fired at the spider's prey, pinning it to the ground.

A more common, but equally interesting find would be the Salticus, or 'jumping spider'; often found on the walls of houses.

The jumping spider is easily recognised by its squared off head and two very large eyes that almost fill its 'face'. It has the best vision of all of the spiders: seeing as well as we do and often looking up to examine humans. The most common type of jumping spider is the zebra spider (Salticus senicus); easily recognised by the distinctive black and white stripes on its abdomen.

The app also helps users to identify whether spiders are male or female.

Unlike in most mammals, female spiders are often larger than males. In Tegenaria spiders, which are the big spiders we most commonly call "house spiders", males are readily distinguished from females because males have what look like a pair of long thin 'boxing gloves' protruding from the front of their head end. These pedipalps, often just called palps, are used to transfer sperm into the female.

Both sexes remain in their webs, most commonly in sheds, garages and wood piles, until the autumn when the males become nomadic and search for females. This often leads them indoors where we encounter them in our baths or running from beneath our sofas.

Females usually stay in their webs to await a suitor. After a male has found a female's web he will stay with her for a number of weeks, mating with her repeatedly. The female then overwinters with stored sperm, and the next spring she can produce more than 10 egg sacs, each containing around 40 to 60 eggs.

The 'Spider in da house' app is a collaboration between the Society of Biology and the University of Gloucestershire.