Flying ants often seem to appear on the same day in different locations in the UK – flying ant day. However, last year the long warm summer led to several waves of flying ants. How will this year's frequent rain and slow-to-start summer affect them? 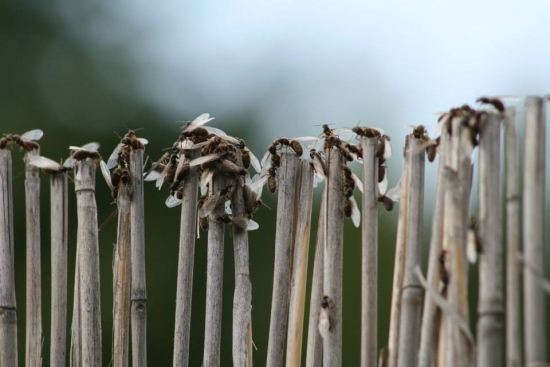 The Royal Society of Biology in partnership with The University of Gloucestershire is calling on the public to send in photos and information about their sightings in order to monitor flying ant days this summer as part of their Flying Ant Survey.

Each year, huge numbers of flying ants suddenly appear. This happens when young queens and males leave the nest to mate. The queens then start their own colony.

Queens can live for over 10 years and spend most of their lives in their nest. New queens, however, will leave to mate and found a colony of their own. This ‘nuptial flight’ is why ants fly.

Professor Adam Hart FRSB, from The University of Gloucestershire said:
“It is commonly thought that there is one national flying ant day but our research has shown that’s not the case. Sometimes they come out over a period of days or even weeks. For the last four years we have been collecting records of flying ants, and this has revealed some surprising results.

"With 2016 already proving to be a wet one, it will be interesting to see whether we get a repeat of 2012, when most of the flights were compressed into just a couple of days in July and August between the rain. Of course, if it clears up we may see a repeat of the beautiful ‘pulsing’ pattern of 2014, with regular flights every couple of weeks.

“At the moment we are working hard to analyse the thousands and thousands of datapoints we have from all over the UK, trying to make sense of this annual phenomenon." 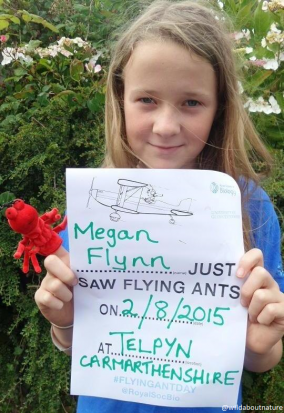 If people see flying ants this summer, they are requested to send a picture of the ants and another of themselves holding a pre-made sign with some information about the date and location of the sighting.

People are encouraged to be creative with their pictures and can even make their own sign or use a tablet if they wish. The best images will be shared and used to create a video infographic mapping this summer's flying ant days.