Sir David Attenborough said the RSB could be “one of the most important learned societies in the country” as he accepted a Lifetime Achievement Award at the Society’s 10th Anniversary Gala Dinner.

Receiving the honour in front of over 300 guests at London’s Science Museum, the broadcaster and naturalist spoke about the importance of bioscience in raising awareness of the myriad threats facing the natural world. 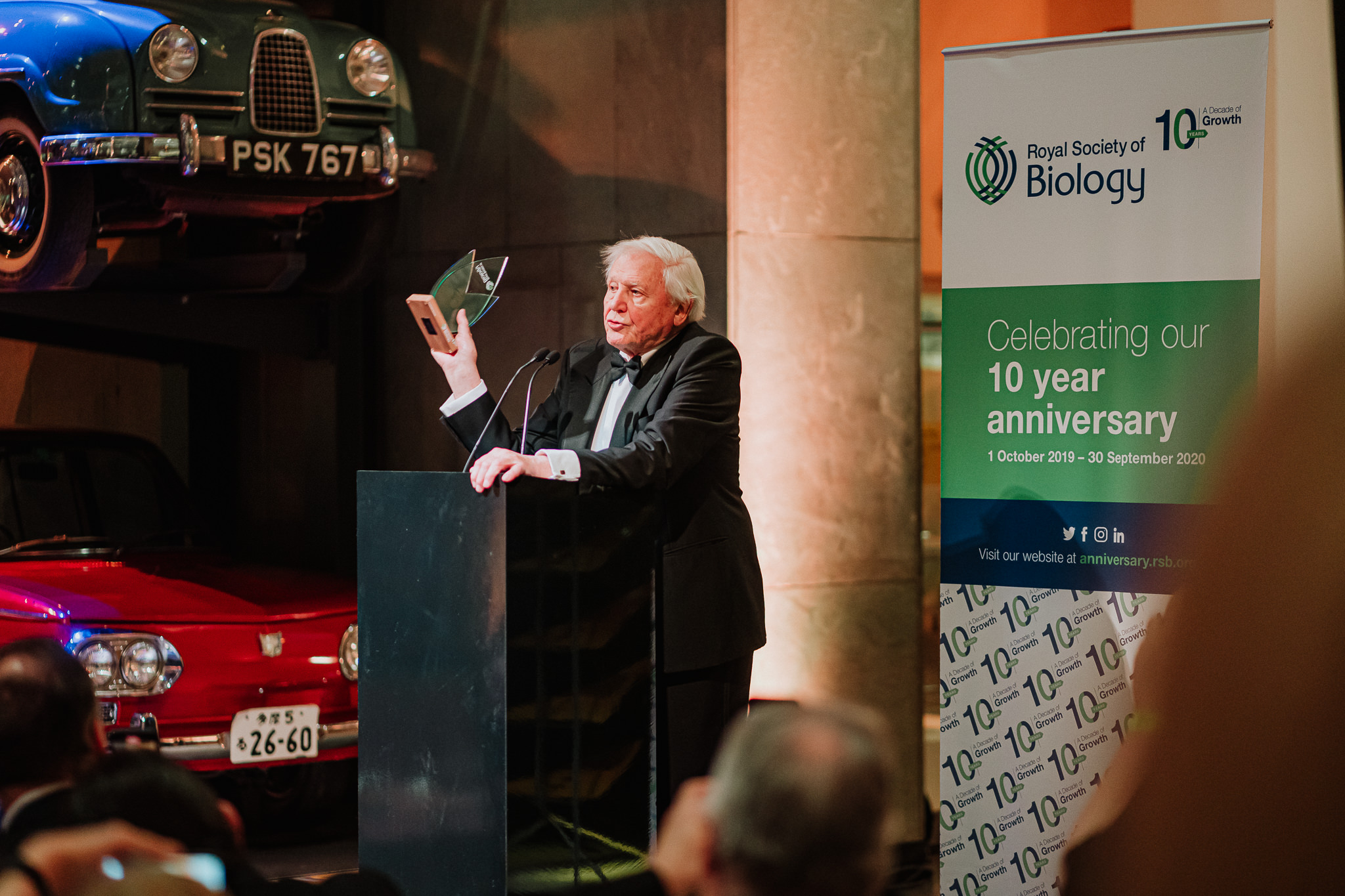 “People on the street aren’t too sure about [climate change and biodiversity loss]. But you know very well. You are biologists.

“That’s not fancy, that’s the truth. And the population of this country responsible for electing their political leaders need to be convinced. And you are the people who do that.”

Sir David’s lifetime achievement award recognised his outstanding career in broadcasting, his work to raise the profile of biology and the natural world, and his ongoing support for the RSB.

The legendary broadcaster, speaking ten years since helping launch the Society in 2009, said the award “will hold a special place in my heart – because I do believe that biologists have a great responsibility, that you can see the future clearly, and that many of you are concerned with passing on that understanding to the next generation.”

Introducing Sir David, the RSB’s honorary secretary Professor Richard Reece CBiol FRSB spoke of how generations of biologists and naturalists had attributed their interest to the broadcaster and his work, “which brought the breath-taking beauty of biology to millions worldwide.”

“His extensive, probably unparalleled observations of the world, his measured analysis of it, the humour and humanity in his delivery, and his clear joyful love of nature, come together in a powerful way to bring huge authority to his warnings and advice on the climate and biodiversity crisis we face,” said Reece. “When David speaks and advocates for conservation, the message is clear and impossible to ignore.” 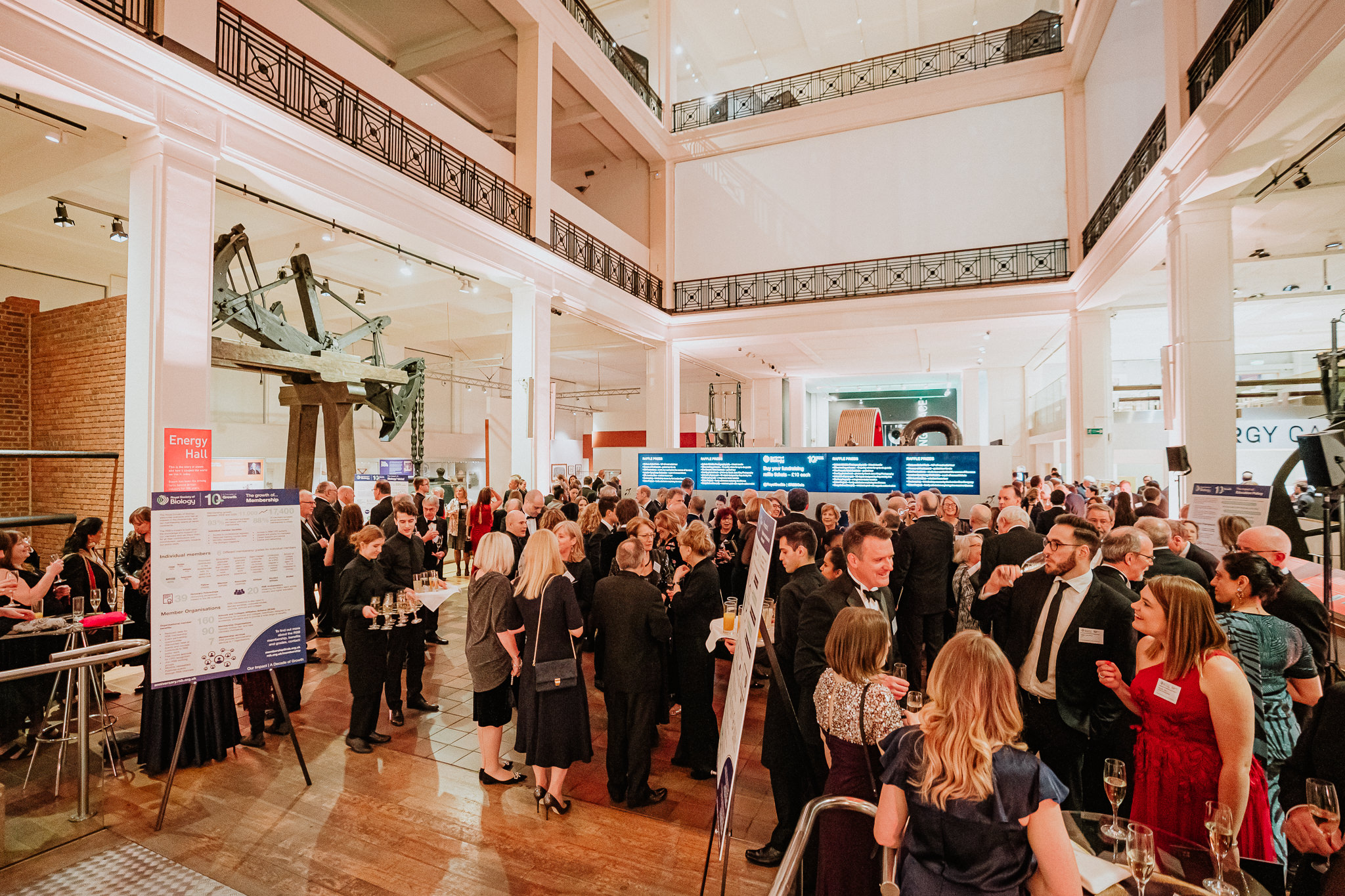 More than 300 guests came together at the Science Museum as part of the event. Photo: Kris Humphreys 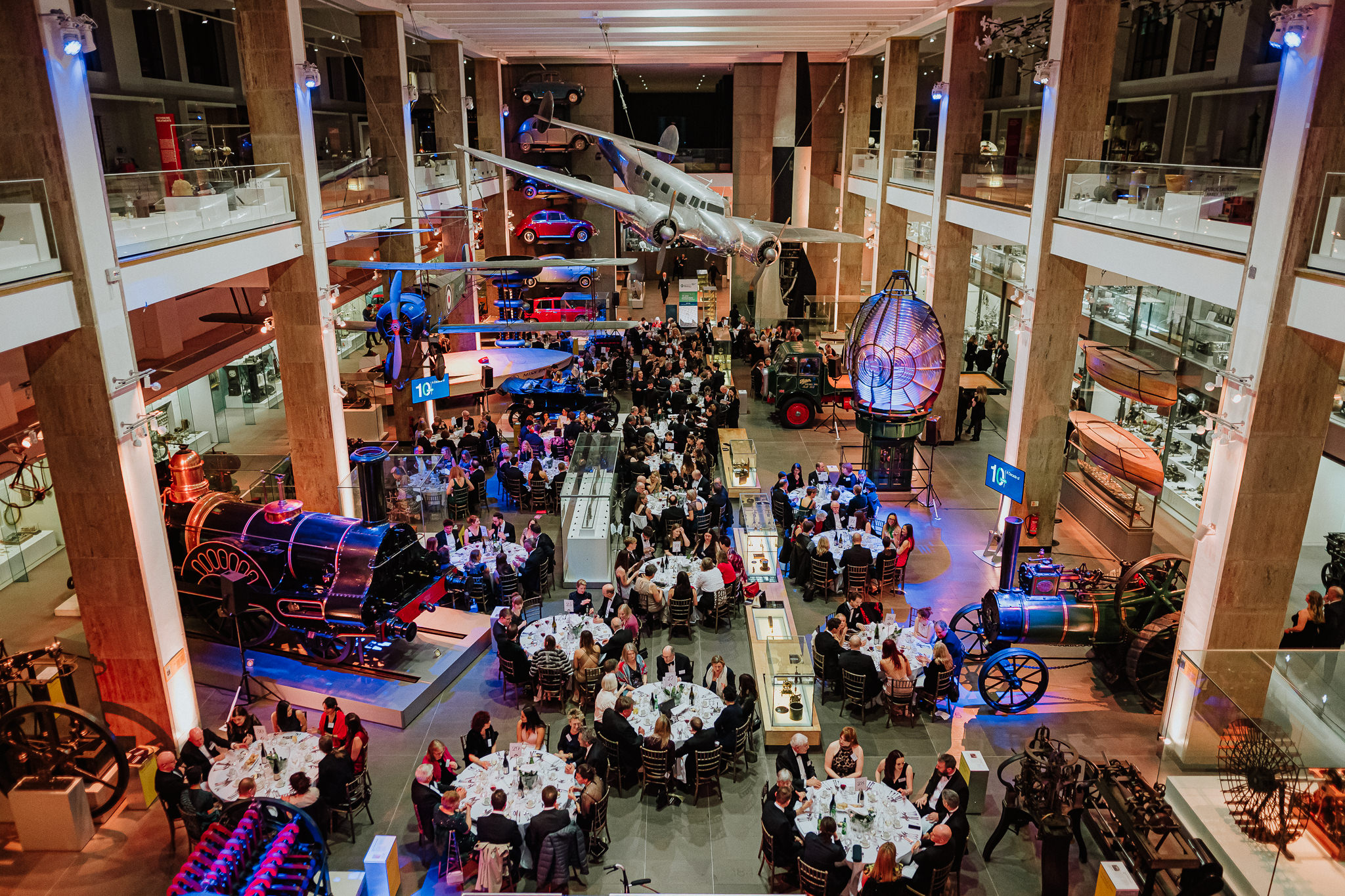 The Government’s new science minister, Amanda Solloway MP, who has been in post just a few weeks, praised the RSB’s work and responded to criticism about political inaction expressed by both Sir David and Sir Paul earlier.

“My commitment to you Sir David and to you Paul is that as science minister I will back you. I will listen to you. And I will do my best to inspire and support the Rosalind Franklins of the future.”

The Anniversary Gala Dinner was held as part of the RSB's 10 year anniversary celebrations, in recognition of a decade of growth since the RSB was launched in its current form in 2009.

Present at the official launch of the Society in March 2010 were Sir David Attenborough Hon FRSB and Sir Paul Nurse Hon FRSB, making their appearances at the Anniversary Gala Dinner especially poignant.

To find out more about our Anniversary Year celebrations visit our dedicated webpages. For highlights from the night, check out our Twitter moment.