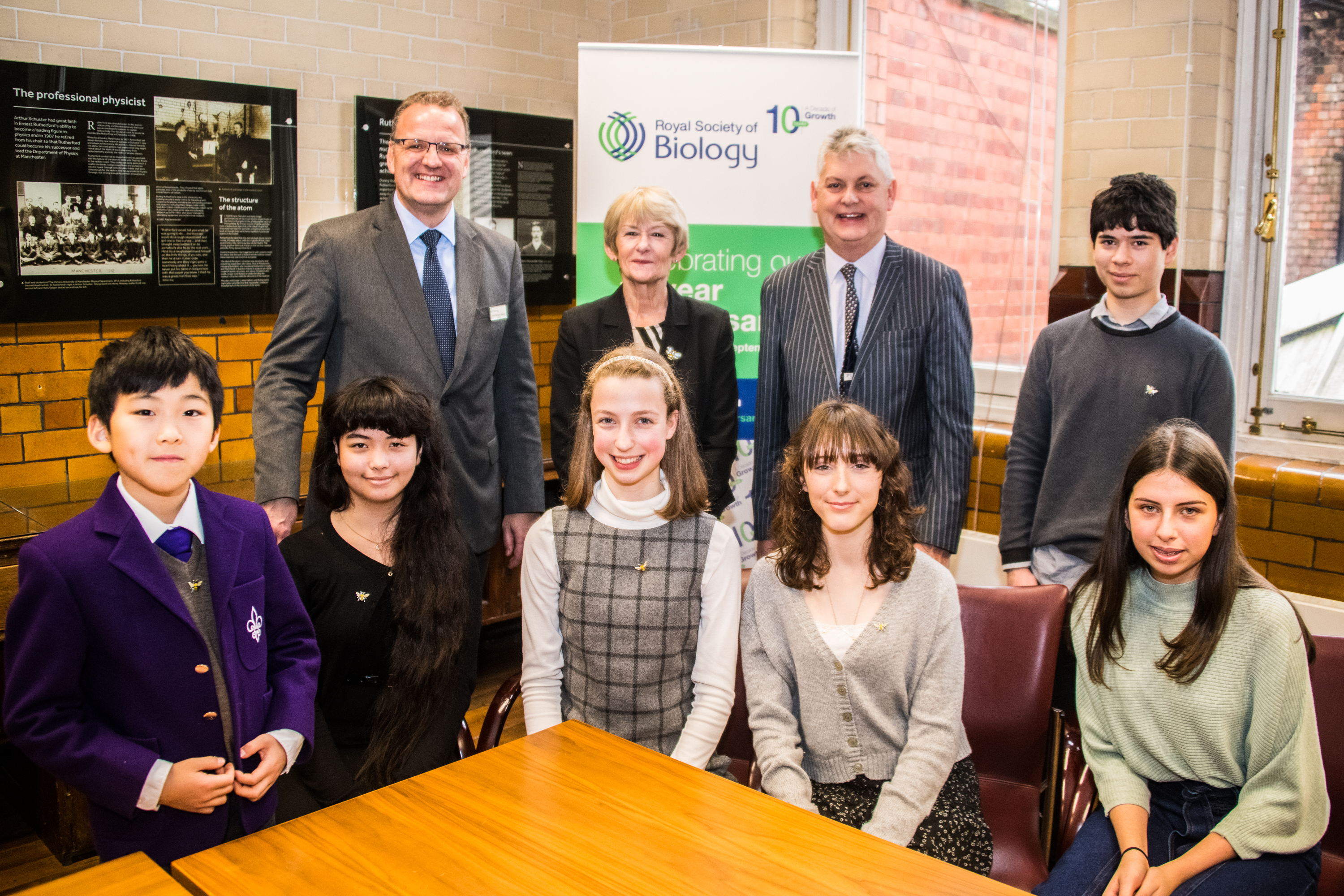 The six awardees, who received top prizes in this year’s competition, travelled from across the UK to spend the day at the University of Manchester, where Professor Rothwell is currently President and Vice Chancellor.

The awardees had the opportunity to talk to Professor Rothwell about their own pieces of work, what inspires them to draw, and their plans for the future, and were also able to tour the university’s biosciences labs and facilities.

They also met Professor Richard Reece CBiol FRSB, who is the RSB’s Honorary Secretary and Associate Vice President at the university, and spoke with current bioscience students who delivered some hands-on public engagement activities for the pupils.

The Nancy Rothwell Award encourages students to complete specimen drawings which capture the intricate anatomy of organisms, and every year sees hundreds of entries from schools and colleges worldwide.

Professor Rothwell is a keen advocate for specimen drawing as a learning tool, and was an enthusiastic artist herself whilst at school. 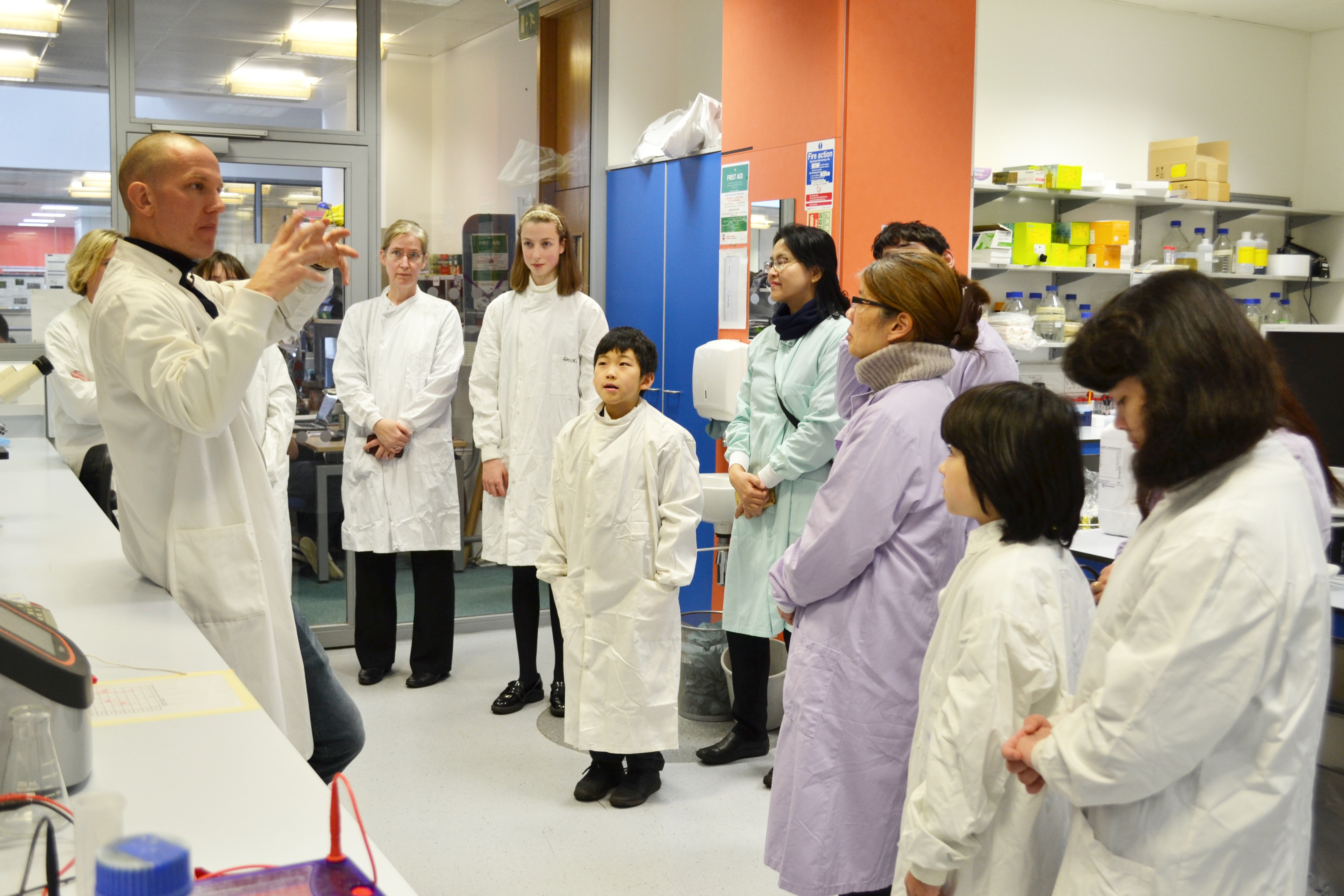 The awardees taking a tour of the lab (Photo credit: RSB)

Dr Mark Downs CSci FRSB, chief executive of the Royal Society of Biology, said of the event: “The talent displayed by these young artists is remarkable, and it was a pleasure to be able to celebrate their achievements.

A big thank you to the University of Manchester and Professor Rothwell for hosting the event.”

The Nancy Rothwell Award is supported by the Royal Veterinary College. Previous winning entries can be viewed online.