On Wednesday 17th December the Science and Technology Committee held an evidence session addressing announcements made by The Royal Botanic Gardens, Kew earlier this year regarding its £5m “budget gap”. Kew is currently going through a staff restructure, which will result in an estimated loss of 100 jobs. 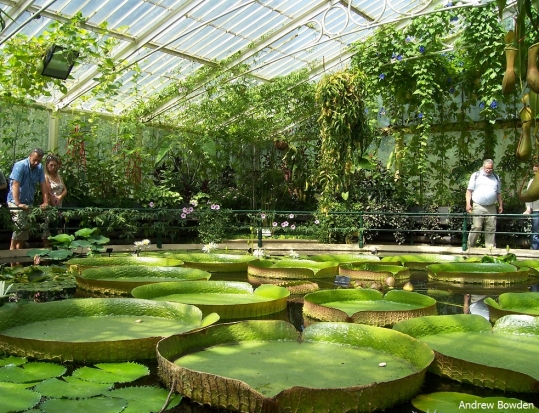 Professor Mary Gibby, honorary research fellow at Royal Botanic Garden Edinburgh, gave evidence on behalf of the UK Plant Sciences Federation (a Special Interest Group of the Society of Biology). She pointed out that "UK plant science ranks very highly on a global scale; second only to the US in terms of publication impact."

Plant science and the conservation of biodiversity are increasingly important with respect to issues such as food security and climate change. Kew makes an important and unique contribution to this in the UK and globally. The nature of its research means that Kew needs long term funding stability.

On Tuesday the deputy prime minister Nick Clegg announced an additional £2.3 million of Government funding to support research at Kew until April 2016. This followed his announcement in September of £1.5 million for the year to April 2015.

Richard Deverell, director of Kew said this week’s announcement of a £2.3m public funding would not solve things in the long term but only delay the inevitable, saying “The biggest risk we face is funding volatility.” Deverell said that the purpose of the staff restructure is to address the budget issues and make Kew fit for purpose as a scientific organisation in the 21st century.

Deverell said that further cuts to Kew’s budget would probably result in closing Kew’s schools’ programme and closing down the gardens for part of the year.

Kew runs a successful, large-scale schools' education programme through which some 100,000 children visit Kew and Wakehurst Place each year. This plays an important role in encouraging understanding of the importance of plants for healthy lifestyles, food, nutrition, medicine and environmental sustainability. Kew is one of a very small number of UK locations where students and the public can see plant science and conservation in action.

The Society also submitted written evidence to the Science and Technology Committee.

"Kew maintains the world’s most important plant and fungal collections. Seed collections are valuable for conservation of biodiversity and are a potential source of plants with medicinal properties. The collection also includes wild relatives of crop plants. Many have favourable characteristics, such as drought tolerance, which can be introduced into commercial crops. The economic value of crop varieties benefiting from wild relative genes is estimated to be at least $68bn, and this could increase to $196bn in the future.

"We can’t afford to lose any of what Kew has to offer."