Three bioscientists took home medals from this year’s STEM for Britain, the Parliamentary poster competition that gives researchers the chance to present their work to policymakers and politicians and discuss their work with local MPs.

STEM for Britain, organized by the Parliamentary and Scientific Committee with support from a number of learned societies, including the Royal Society of Biology, is open to early career researchers engaged in scientific, engineering, technological or medical research.

Stephen Metcalfe MP, chair of the Parliamentary and Scientific Committee, said: “This annual competition is an important date in the parliamentary calendar because it gives MPs an opportunity to speak to a wide range of the country’s best young researchers.

“These early career engineers, mathematicians and scientists are the architects of our future and STEM for Britain is politicians’ best opportunity to meet them and understand their work.” 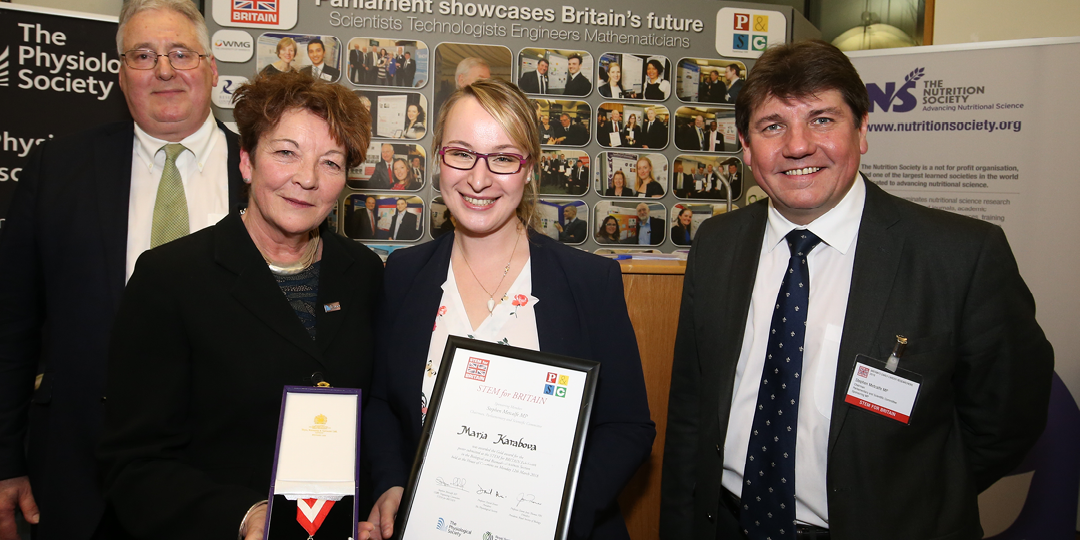 Maria Karabova, a final year undergraduate student from King’s College London, presented her research on the effect of exercise, and took home Gold from the event. The Gold medal is named after Gregor Mendel, the early geneticist.

Maria’s research is looking at how regular exercise in young age may have long-lasting benefits on brain health. Such findings are particularly important in the light of rapidly expanding elderly population and the increase in the incidence of neurodegenerative diseases.

On winning the award, Maria said, "10 years ago, I used to walk by St. Thomas Abbey on my way to biology lectures every Monday morning, feeling privileged to study in town where G. Mendel built the foundation for modern biology.

"Perhaps, that is why winning the Mendel Award for excellence in research so very early in my career is all the more special to me.

“I am overwhelmed with surprise and gratitude, and I sincerely hope that the work I presented will serve as a catalyst for implementing more youth movement programs in the battle of the alarming rise in age-related memory loss and Alzheimer’s disease." 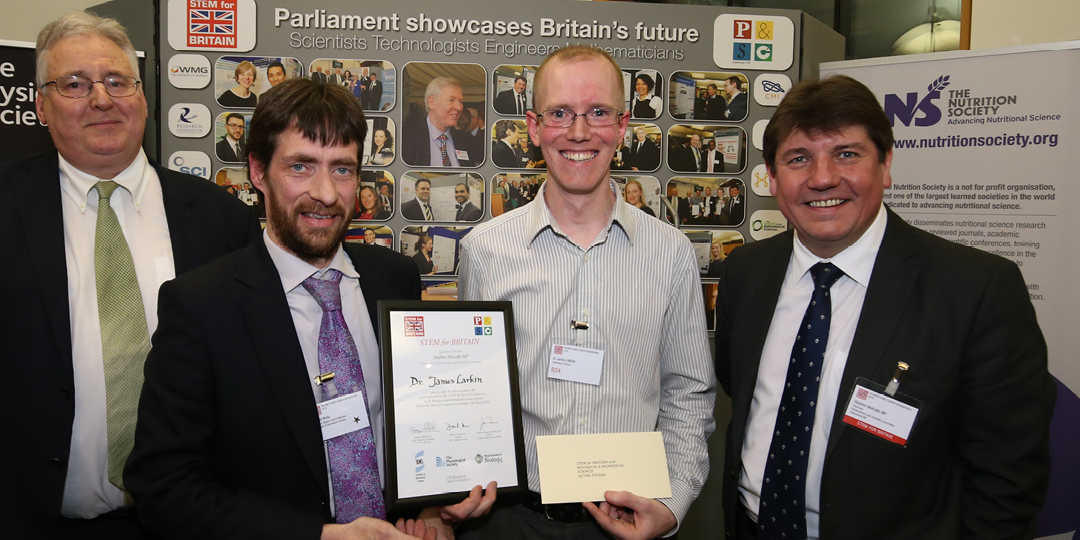 Dr James Larkin, a sixth year post-doc from the CRUK/MRC Oxford Institute, Department of Oncology at University of Oxford, presented his research on brain tumour diagnostics, and took home silver from the competition.

James’s research is on developing a technique to diagnose brain tumours as early as possible by profiling the metabolites in urine samples.

James and his team have shown that this technique can be used to diagnose and track development of metastases in mice and are now trialing the same methods in patients with brain metastases.

On winning the award, James said, "I had a great time at the STEM for Britain event and met a number of people interested in my research and its applications. To be recognised with an award as well is a fantastic honour and I would like to thank the judges for their confidence in my work.

"In addition, I would like to thank my funders, Cancer Research UK and the Medical Research Council, for supporting this work, as well as my colleagues and collaborators, without whom none of this project would be possible." 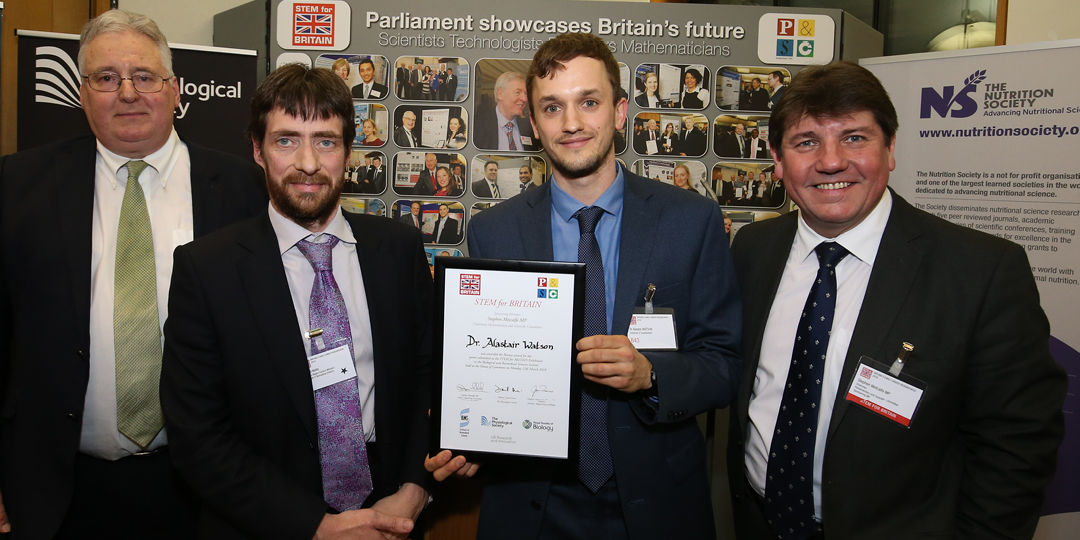 Dr Alastair Watson, a second year post-doc from the University of Southampton, came third in the competition.

Alastair’s research is focused on developing a drug to treat chronic lung disease in premature babies.

Premature babies can develop chronic lung disease with complications such as lung infections and damage to their brain. Currently there are no drugs to prevent this disease, but Alastair and his team have made synthetic versions of the natural lung defence proteins to develop into therapeutic treatment.

On winning the award, Alastair said, "I loved attending this STEM event and I am delighted to have won this award. I am thankful to my partner Johanna Midelet for helping me with the design of my poster alongside all my colleagues, family and friends for their support.

"The chance to attend the Houses of Parliament, engage with parliamentarians and showcase our scientific research was fantastic. I got a real buzz from having the chance to communicate my research in very simple and understandable terms and would definitely recommend other early career researchers to attend this event in the future."

More photos are available from the event over on the RSB Flickr page.