The current UK heatwave may be bad news for arachnophobes, says spider expert Professor Adam Hart FRSB, as our eight legged friends get more active in warm weather and enter our homes during the start of the spider mating season. 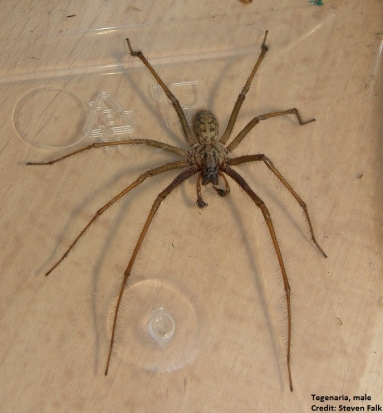 As temperatures for September in the UK soared to a 105-year high yesterday (Tuesday 13th September), reaching 34.4C in some areas and the warm weather is forecast to continue until Friday, the country’s spiders are getting more active.

Every autumn the number of spiders seen in people’s homes suddenly increases. Whilst the eight-legged critters with fangs that inject venom are scary to many of us, they are usually just male spiders crawling towards the female spider of their dreams. This often leads them indoors where we encounter them in our baths or running from beneath our sofas.

Professor Adam Hart FRSB from the University of Gloucestershire said: “You'd think that spiders would head indoors because of the cold, but invertebrates are more active when it's warm and perhaps the warmer weather at the moment combined with the start of autumn means that more spiders are coming into our homes earlier this year looking for females.

“Late-September through to mid-October is usually the height of ‘spider season’, but social media is already reporting plenty of sightings which is perhaps earlier than normal so it will be fascinating to see how #SpiderSeason progresses this year. With a very warm and wet September so far it will be interesting to see how our other invertebrates have fared.”

The Royal Society of Biology and the University of Gloucestershire are giving people the chance to learn more about the spiders that will be in their homes over the coming weeks and months with the free ‘Spider in da House’ app. Using photos, identification tools, and further facts, the free app allows people to identify and learn more about 12 of the most common spiders found inside homes.

Although not loved by many 'spiders are very important ecologically' says Professor Hart.
“They are diverse and common, and as predators they are crucial in maintaining the biodiversity of our gardens, woodlands, field margins, hedges – in fact pretty much everywhere.”