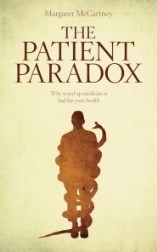 According to Lord Kelvin, the essence of learning about something comes from being able to express it in numbers. Biologists are getting better with numbers, and medicine is a kind of applied biology. In this important book, published in 2012 and still making waves, GP Margaret McCartney looks at the numbers behind modern health care and explains how policymakers have misunderstood the data.

Health screening, for example, is not as reliable as people think. When screening for an abnormality with a prevalence of one in 1,000 people, with a test that is 90% accurate, less than 10% of people with positive results will have the disease. Yet screening is embedded in medical culture, causing much unnecessary and risky treatment.

Medicine is beset with uncertainty, which rigorous science is designed to measure, but the policymakers’ attempts to sell certainty are doomed to failure. Meanwhile, people are increasingly being turned into patients, hence the book’s subtitle: Why sexed-up medicine is bad for your health.

Throughout the book, McCartney uses examples from her practice to show how poorly protocol-driven medicine serves patients. The Patient Paradox is rich in good sense, not simply a diatribe against what is going wrong; its final section is devoted to how we can make people better. Modern medicine’s critics argue that it fails because of an excessive reliance on science. Margaret McCartney provides 28 pages of references, showing that the reverse is the case – much of the failure is because the science was ignored or distorted for political reasons.