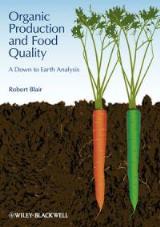 Claims that food from organic farms is superior to that from conventional farms have frequently been made over the years. Occasional reviews have not supported such claims. This comprehensive book is welcome in that it not only covers the quality of crops such as vegetables, fruit and cereal grains, but also deals with the quality of meat, milk products and eggs. Quality is measured in terms of nutrient content, freshness and the absence of potentially harmful chemicals and pesticide residues.

The safety of organic food, which is considered in a separate chapter, serves as a reminder that results are dependent on conditions. On the one hand hormones may sometimes be found in conventional products and on the other, organic food may be contaminated with harmful bacteria. The book's analysis is even handed and well referenced and concludes that organic and conventional foods are basically similar.

Public perceptions about organic food are discussed and generally found to be without foundation. Belief that there is a fundamental difference underpinned the thinking of the founder of the organic movement in the UK, Lady Eve Balfour. She believed that health-promoting 'factors' were transferred from organic matter by mycorrhizal hyphae to crop roots. It is worth recalling that the subtitle of her first book, The Living Soil, was "evidence of the importance in human health of soil vitality, with special reference to national planning". Although not dealt with directly, the book finds there is no fundamental difference between food types.