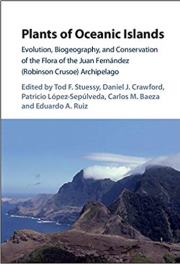 Island biogeography is a fundamental component of ecological and biogeographical studies. It was a core aspect of Darwin's work and the publication in 1967 of the seminal work The Theory of Island Biogeography by MacArthur and Wilson set it firmly on the academic agenda. That significance is now re-emphasised by Plants of Oceanic Islands.

The book comprises seven parts and summarises research done since 1977. Part 1 focuses on the history of these remote islands, which were made famous by Daniel Defoe's novel Robinson Crusoe. It also documents the many botanists involved in describing and recording their plant species.

Part 2 summarises the physical landscapes, notably geology, soils, climate and weather, while Part 3 presents the green landscape – that is, lists of ferns, gymnosperms and angiosperms, plus descriptions of the varied vegetation communities that range from forests to scrub and grassland.

Plant conservation is examined in Part 4, where the major topics are natural and cultural impacts on the islands, invasive species and the conservation of native and endemic species. Part 5 departs from the hitherto usual ecology text by delving into patterns of character diversity; the focus is on flavonoid compounds, chromosome numbers and reproductive biology.

Part 6 covers evolutionary processes with topics such as patterns of phylogeny, genetic diversity and divergence, and speciation. Biogeography is the theme of Part 7, with chapters on plant origins and dispersal plus the modelling of species diversity. It appears that around 82% of the plant species derive from South America, and that birds are the primary conveyors of seeds and so on.

The overall conclusion highlights the value of biogeographical studies of islands. This well-illustrated book is a valuable but expensive contribution to the subject.