For the past eleven years, a panel of researchers - led by the conservation biologist Bill Sutherland – have convened to produce a ‘horizon scan’ of issues that could have a substantive effect on global conservation in the coming year. Towards the end of 2019, 15 diverse new topics were identified as likely to have both positive and negative effects on conservation efforts in 2020.

The issues ranged from invasive tick species and declining kelp forests to international law and the effects of blockchain technology. More detail and information on how the panel chooses topics can be found in the full paper, published in Trends in Ecology and Evolution.

Nanocellulose is increasingly used to produce a range of products, including construction materials and plastic-like packaging. The global nanocellulose market is growing by 18% per year and in response to rising demand (and a reduction of plastic and fossil fuel use), tree planting could rise significantly, temporarily boosting carbon stocks.

However, unregulated demand for wood for the nanocellulose market could accelerate global forest loss. Biological diversity will also be lost if monoculture tree plantations replace natural ecosystems, or if stands of mature trees are completely harvested. 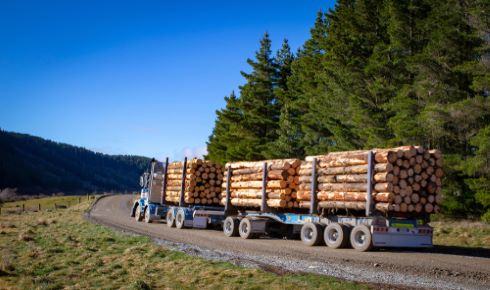 Demand for wood may also increase in response to a combination of EU polices introduced since 2018.

The first is the Renewable Energy Directive of 2018, which treats wood as a renewable energy source, even when derived from biologically diverse forests. The second is the EU’s pledge to double renewable energy in Europe from 2015 levels by 2030 to meet commitments in the 2015 Paris Agreement.

The resulting demand on wood from the EU may accelerate the loss of primary forest and exacerbate climate change. The effect could be ampliﬁed if similar policies are adopted by other countries following the lead of the EU. A lawsuit is challenging the inclusion by the EU of forest biomass as a source of renewable energy.

Biobags are artiﬁcial wombs that allow partial development of a foetus outside the body of the mother. They contain the foetus, a pumpless oxygenator circuit, and a synthetic amniotic ﬂuid. Although human testing is several years off, partially developed lamb foetuses have been successfully transferred to continue their gestation to full term in biobags.

In the future, biobags could be used by parents to overcome troubled pregnancies or to aid premature babies. But artiﬁcial wombs could also assist conservation breeding programs for threatened mammals, particularly if the technology matures to support complete ectogenesis (embryos created in vitro and gestated entirely within an artiﬁcial womb) and can increase the rate of production of mammalian offspring.

Complete ectogenesis will raise numerous practical, ethical, and ﬁnancial challenges. These challenges include developmental or behavioural problems for embryos not biologically attached to a mother. Additionally, understanding the role of the placental environment on gene activation in embryos and its effects on immunity in offspring is limited.

Two recent studies from the USA have suggested that pollen from sunflowers and closely related Asteraceae species could help reduce the prevalence of parasite infection in bees.

Even though sunﬂower pollen has relatively low nutritional value compared with other pollens, lab studies indicated a reduction in the gut parasite Crithidia bombi in Bombus pensylvanicus, and a ﬁeld survey indicated lower levels of infection in areas with high cover of planted sunﬂowers.

This new knowledge could be used to alter crop choices or planting regimes for bees before impacts on wild bee populations are fully understood.

A new tick arrives in the Americas

The non-native Asian long-horned tick Haemaphysalis longicornis is well established in Australia and New Zealand, where it is associated with economically important cattle pathogens, including Theileria orientalis, and cattle deaths.

First detected in the USA in 2017, the tick has now spread to nine states. Subsequent infection with T. orientalis led to seven cattle deaths across three unrelated herds. 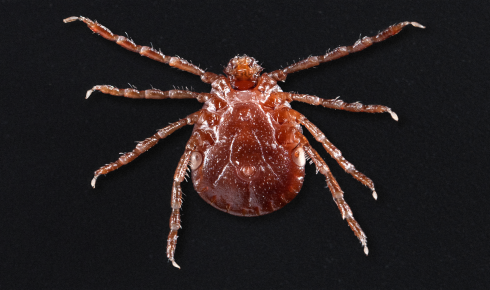 The tick is carried by diverse host mammals and birds and has a wide climatic tolerance, with potential to colonise the eastern and western seaboards of the USA and Canada and progress south into Central and South America. Its introduction to the Americas with at least one associated pathogen may also have population-level effects on native wildlife.

Kelps, an order of brown algae, occur on 25% of the world’s coastlines and function as complex habitats for many species. The ecological beneﬁts of kelp forests, including their role in commercial ﬁsheries and shoreline protection, are valued at billions of dollars annually.

Despite being considered resilient to environmental stress, declines in kelp abundance have been reported widely, with increases in sea temperatures, non-native invasive species, eutrophication, and commercial harvesting to blame. Such declines may result in shifts from complex kelp forests to simpler macro-algal turf systems, with signiﬁcant consequences for biological diversity and ecosystem processes. 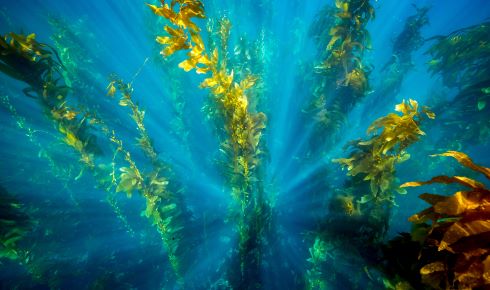 The ozone hole and polar ice

Understanding how Antarctic coastal and sea ice responds to interactions with stratospheric ozone, atmospheric circulation, and storms and waves is evolving rapidly.

Since the banning of chloroﬂuorocarbon emissions in 1987, the resulting shrinkage in the holes in the ozone layer has affected wind movements around the Antarctic, which in turn affects temperature and storm patterns in the region. Decreases in the size of the ozone holes is one of several factors that will likely contribute to decreases in the extent of Antarctic ice, and increases in global sea levels.

The rise of small hydropower dams

The cumulative environmental effects of over 80,000 small hydropower dams, built on small upland streams, have received less attention than those of large dams.

Globally, there are over 11 small dams for every large dam, and they are increasingly used to provide power for local communities in mountainous regions of Asia and South America. 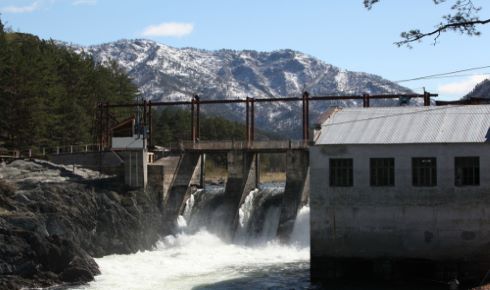 Small hydro-power dams may be on the rise

Impact assessments are rarely required for small individual dams, and guidance to decrease negative impacts on biological diversity often is not provided. Although few studies of their local and downstream effects have been conducted, alterations to flow may cause sediment scarcity downstream, serve as barriers to migratory ﬁsh, reduce oxygen concentrations and increase water temperatures, and have significant cumulative impacts.

Intensive aquaculture is associated with high levels of water use, pollution, and loss of coastal ecosystems.

Recirculating aquaculture systems (RAS) are more enclosed systems that usually have fewer direct environmental effects than traditional aquaculture. These systems have 1.3% of the water demand of traditional systems and the high-nutrient efﬂuents can be utilised in other aquaculture applications.

There is a growing trend in the development of large saltwater systems capable of producing tens of thousands of tonnes of ﬁsh annually. Such systems could increase the sustainability of food production from aquaculture and may reduce the risks from pollution and parasite release associated with aquaculture. However other challenges, such as impacts from the sources of aquaculture feed, and their energy requirements, have not yet been addressed. 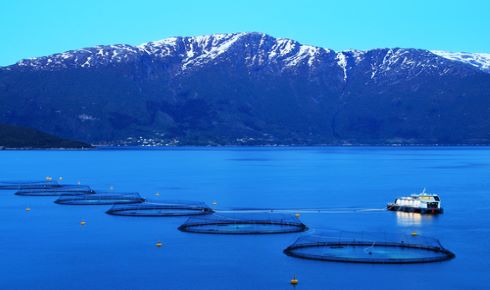 The fungus Metarhizium pingshaense, which naturally infects a mosquito species capable of carrying malaria, was genetically modiﬁed recently to produce a toxin derived from spider venom. The modiﬁed pathogen killed mosquitoes faster and at lower spore doses compared with the unmodiﬁed fungus, and has a different mode of action to the insecticides to which some mosquitos have developed resistance.

Although fungal insecticides are not new, high mortality in mosquito populations is. Reduced use of insecticides could have ecological beneﬁts. However, any change in the host range of the modiﬁed pathogen could affect non-target organisms too.

The growth of traditional Chinese medicine

Traditional or ancient Asian medicine was included for the ﬁrst time in the International Classiﬁcation of Disease, endorsed by the World Health Assembly, in 2019. This ‘endorsement’ may accelerate already increasing patterns in its use.

With sales rising, China is investing in the promotion of traditional Asian medicine, opening new institutions, and expanding the use of randomised controlled trials of treatments.

The growth of this traditional medicine will increase demand for ingredients that include some plant and animal species already endangered by harvest for international trade. Increased global connectivity may increase access to formerly inaccessible wildlife populations and increase trafﬁcking of wildlife for use in medicine.

Blockchain companies and resource use

Blockchain technology is revolutionising traditional banking and corporate structures. Self-enforcing agreements central to the technology, embedded in computer code, are changing how resources are owned and managed, including natural assets and energy sources.

Two artists in Berlin have launched terra0, a blockchain experiment in which a forest autonomously sells its trees, harvests timber, and eventually uses the accumulated capital to buy itself and become a self-owned economic unit. The project aims to create "technologically-augmented ecosystems that are more resilient, and able to act within a predetermined set of rules in the economic sphere as agents in their own right."

Development of these self-regulating entities could enable organisations to commit to future actions well beyond current political and regulatory timeframes and without the need for any physical or identiﬁable company. These resource transactions, which are secure and veriﬁable, may strengthen environmental governance. They can also be used to reinforce entitlements to long-term resource extraction or substantiate indigenous land rights.

Ecocide as an Internationally Recognised Crime

Currently, the International Criminal Court (ICC) can prosecute individuals and states for long-term and severe environmental destruction but only in certain circumstances, such as during conﬂict or humanitarian crises.

Legal scholars argue that international law must change to establish the crime of ecocide, and research to establish standards for admissible evidence is advancing. 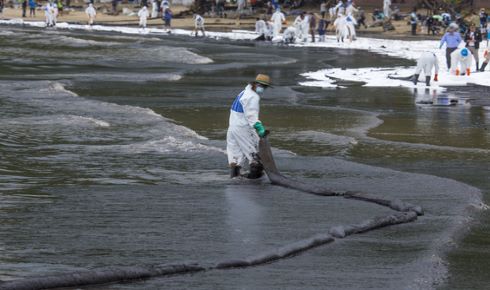 Ecocide could become classified as a crime against humanity

Ecocide, defined as ‘the extensive damage, destruction or loss of ecosystems of a given territory to such an extent that peaceful enjoyment by the inhabitants of that territory has been severely diminished’, could be established as a crime against humanity or crime against peace. Such changes to international law would enable individuals, states, and perhaps corporations to be prosecuted for extensive land-cover modiﬁcation, pollution, or for contributing to climate change.

In 2019 the UN adopted draft legal principles which would oblige states to protect the environment during periods of armed conﬂict.

The draft legislation also encourages sides of an armed conﬂict to address environmental restoration during the peace process.

Conservation relies on communication and engagement with the general public, and digital platforms have provided authors with diverse perspectives or agendas unprecedented access to global audiences.

Easy and equal access to all websites and types of data is central to the concept of ‘network neutrality’. Without the core principle of net neutrality, internet providers may block or restrict access to pages and content on the basis of their corporate policies or interests.

Such blocking already affects content in some countries, but net neutrality is now under a general threat: it was repealed in the USA in 2018, and other countries could follow suit. Loss of net neutrality could have major effects on conservation and climate regulation if access to accurate or sensitive information is denied or hidden by content providers.

This article was written by Tom Ireland based on the original paper by Bill Sutherland, Miriam Rothschild Professor of Conservation Biology at the University of Cambridge.