Marsupials are born underdeveloped and spend a long time suckling and developing in their mother’s pouch. Kevin Nicholas explains how the complex signalling molecules in marsupial milk could help inform treatments for human babies born prematurely

Significantly preterm and low-birth-weight babies face acute and chronic health challenges, largely due to the limited development of their lungs, gut and brain. Disruption to the timing of development in these babies can increase the risk of disease later in life and is exacerbated if growth during the early stages of treatment is accelerated too aggressively[1].

The availability of breast milk is critical to successful therapy for preterm babies – in particular, access to colostrum, the first form of milk produced immediately following delivery of the newborn. However, after the birth of a significantly preterm baby mothers can face challenges breastfeeding successfully, leaving either formula or pasteurised donor milk the only options available.

The nutrition provided by mature milk is inadequate and a fortifier is used to improve the health outcomes. New approaches are required to manage the early stages of treatment, with a particular focus on improving the function of organs without encouraging excessive growth. 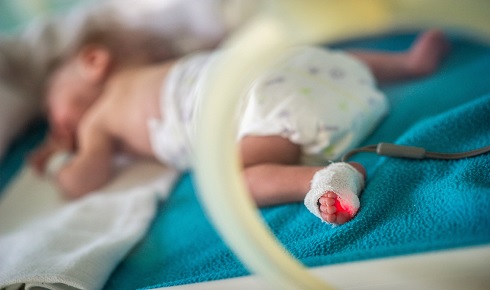 Our approach exploits the reproductive strategy of the tammar wallaby, an Australian marsupial[2]. They have a short gestation of just 26 days and give birth to altricial young considerably more immature than a preterm baby: the development of the brain is equivalent to a 50-day-old human foetus and there is insufficient alveolar development in the lungs to sustain respiration. For the first two weeks the neonate respires through its skin and for the first 100 days is attached to the teat, and could in many ways be thought of as a foetus, but in a pouch rather than in the uterus.

We are asking whether an understanding of the milk bioactivity provided to the tammar neonate can inform the development of new milk fortifiers for preterm babies.

Could a comparative approach, focused on the signal molecules presented prior to lactation in the human and in the milk during the early stage of lactation in the marsupial, be useful to better understand the specific signals that regulate development? And could new insights in this area lead to new approaches to improve outcomes for preterm and low birth weight babies? 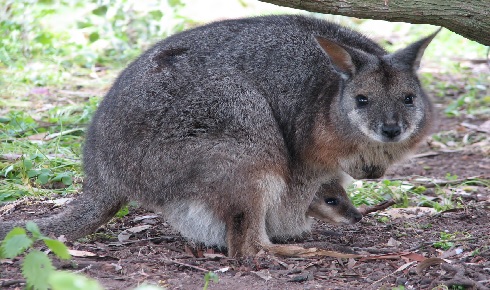 A female tammar wallaby, pictured with its young in its pouch

During early lactation in the tammar – particularly in the first 100 days – the immature organs that are necessary for survival, such as the respiratory system, gut, lymphoid tissues and nervous system, including brain and spinal cord, develop rapidly[3–7].

During this time the mother provides a milk that slows growth and progressively changes composition to signal the development of organs. When the young are more independent, the nutritional content of the milk changes to stimulate growth. This is exactly the strategy required in neonatal intensive care units (NICUs) for preterm babies.

Although human milk does change composition during lactation, many signalling molecules required for development are most likely presented to the human foetus by the placenta and amniotic fluid prior to parturition. Therefore a comparative approach that focuses on the signal molecules presented prior to lactation in the human and in the milk during the early stage of lactation in the marsupial may be useful to better identify the specific signals that regulate development.

Generally, the regulatory mechanisms controlling the great majority of physiological processes have been conserved during evolution, although the timing and mechanism for delivering these processes may differ between species of mammals.

The role of tammar milk in lung development has been examined using embryonic lungs from mice[8]. The embryonic lungs were cultured in media containing milk collected at key time points during tammar lactation.

The lungs showed increased branching morphogenesis when incubated with milk collected between day 40 and day 100 of lactation, and reduced lung development when incubated in media with milk from later stages of lactation. In addition, day-60 milk significantly upregulated a number of marker genes for key developmental processes and specialised cell types[8]. This effect was significantly reduced in milk collected after day 100 of lactation.

The concept was studied further with an in-vivo approach using cross-fostering experiments[8]. Here, 25-day-old joeys were fostered progressively to a series of mothers at day 15 of lactation so that the young only received milk from day 15 to 25 of lactation for a period of 20 days.

The expression of marker genes related to branching morphogenesis, alveolisation, and presence of terminal and airway epithelia were significantly reduced in lungs from fostered-pouch young compared with lungs from control-pouch young.

Previous studies on wallabies have also shown dramatic changes in gut morphology[9] occur in the suckled young and take place while the young are still in the pouch. There is also significant development of the central nervous system in the tammar neonate, but further work is required to determine whether milk has any role in this process. 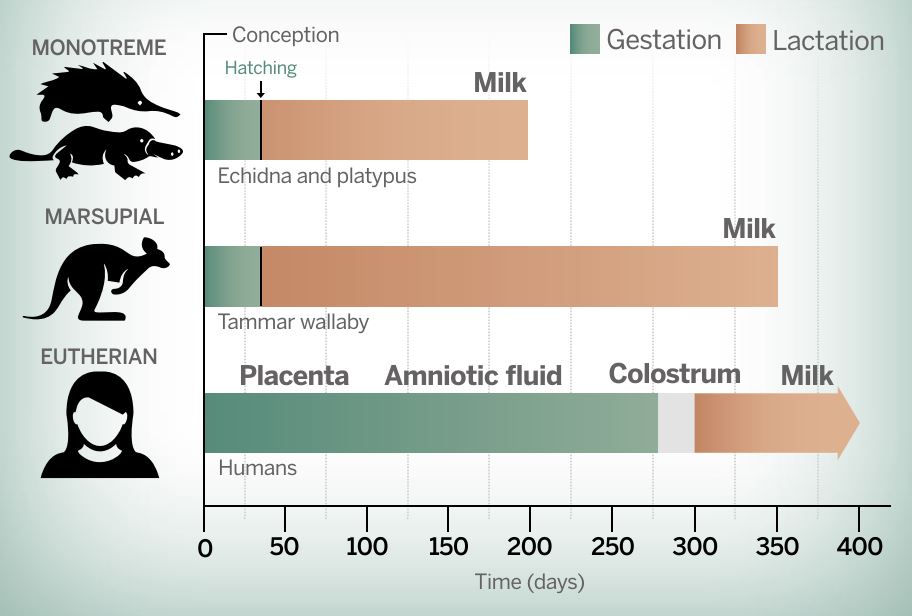 Fig 1: Marsupials and monotremes give birth to far less developed young than humans and provide bioactives via milk earlier in the developmental process.

The putative signalling molecules in milk received by the tammar young during early lactation may help inform us about the role of similar signals for tissue development in the human foetus/neonate by the placenta, amniotic fluid, colostrum and milk. Milk proteins, peptides and microRNAs are of particular interest for their role in signalling development.

Databases showing gene expression in the tammar mammary gland during various stages of development of the neonate may prove useful when interrogating similar datasets derived from cells in human colostrum, milk, placenta and amniotic fluid.

In a study in 2016[10] we used a minimally invasive approach to get a snapshot of gene expression in the cells present in colostrum and breast milk at specific time points during lactation.The mammary glands from wallabies during the first 100 days post-partum were also analysed and the genes expressed identified.

This dataset was compared with similar datasets for human milk cells collected at day 30 of lactation, cells from colostrum, and other publicly available genomic datasets for human placenta and amniotic fluid. Importantly, the only genes analysed in this study were expressed exclusively at the indicated time point and were identified as coding for secreted proteins.

Further analysis of colostrum will be required to establish the presence of any putative bioactive proteins/peptides, but our understanding of the evolution of lactation supports an explanation for this observation: the brief transient secretion of colostrum after birth is only seen in eutherians and is the most comparable form of human lactation to that of lactation in marsupials.

As evolution is correlated with increased gestation in humans (and all eutherian mammals), a provocative hypothesis is that if evolution continues in this direction, perhaps in 50 million years eutherians will no longer secrete colostrum and the majority of these critical signalling molecules will be presented preterm to the foetus by the placenta and amniotic fluid.

This comparative approach, although preliminary at this stage, has enormous potential. It is clear the marsupial provides a unique opportunity to more easily identify the bioactives that potentially play a role in early development of the eutherian foetus.

The regulation of the lactation cycle in the tammar wallaby is complex and fascinating, and has challenged scientists for many decades – and it is the timed delivery of bioactives in the milk and its role in the development of the suckling young that are of paramount interest.

From a practical perspective, future comparative studies will focus on human colostrum to determine if any of the bioactives secreted could be used in therapeutic approaches to improve health outcomes in significantly preterm babies.

The next generation of fortifiers used in the NICU may benefit from delivering a combination of improved nutrition and human signalling bioactives that have been identified in marsupials and shown to direct improved function of tissues such as the gut, lung and brain.

Kevin Nicholas is an adjunct professor at the Monash Institute of Pharmaceutical Sciences and a Professorial Fellow in the School of Biosciences, University of Melbourne. His interests focus on exploiting an understanding of the evolution of lactation to better identify the function and delivery of milk bioactives.