This summer, thousands of high school students, undergraduates and academics from around the world will be engineering novel biological devices in preparation for the iGEM competition in Boston. The Biologist takes a look at what makes this competition so special

The International Genetically Engineered Machine competition, or iGEM, encourages teams of students to solve real-world challenges through the creation of genetically engineered molecules or biological systems.

Having started as a summer competition at the Massachusetts Institute of Technology in Boston, iGEM now attracts hundreds of teams from universities and schools around the world every year. Its entrants, judges, advisers, staff and alumni now form the largest global synthetic biology network.

Each team is given a kit of more than 1,000 interchangeable and compatible biological parts known as 'BioBricks'. These are discrete functional units of DNA, such as gene coding regions, ribosome binding sites, or promoters, or a combination of these components that form a biomolecular device.

The teams design and test their projects over the summer and gather to present their work and compete at an annual five-day Giant Jamboree.

Participation in the iGEM competition encourages students to manage their own projects, consider and address the safety, security and environmental implications of their work, and secure funding.

In last year's competition, the winners of the high-school category created an eco-friendly biosensor for detecting toxins in Chinese medicine.

The undergraduate winners created technology to help scientists control the ratio of species in a mixed culture of microorganisms (a notoriously difficult problem), while the winners of the overgraduate category created a new type of 'bioink' to aid the bioprinting of replacement human tissue.

The competition's founders and senior staff see the competition not just as a community of people "dedicated to the advancement of synthetic biology", but as a programme that can have a profound and positive global impact.

"We are not trying to be a science competition. Our goal is nothing less than to build the next industrial revolution," says Kim de Mora, iGEM's director of development. "We are moving towards an engineering of biology where DNA and function is designed on a computer, simulated, modelled and the final working DNA is made and transformed successfully the first time. We are not there yet. We can't build a piece of DNA and know exactly how a cell will interpret it and how it will function, but we are getting better. This is the direction the field is heading in." 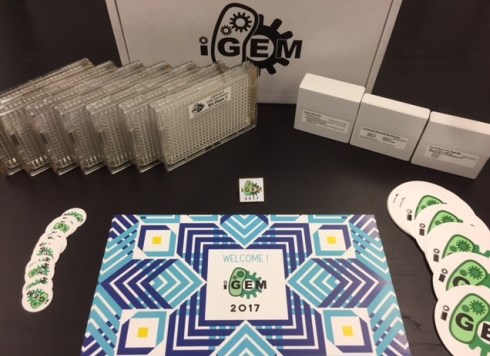 The iGEM Registry of Standard Biological Parts is a collection of more than 20,000 compatible genetic parts or 'biobricks'. These include the genes or regions for molecular tools such as CRISPR, reporter proteins, and other tools that can help stabilise an organism or equip it with certain characteristics or functions.
As part of the synthetic biology community's efforts to make biology easier to engineer, this registry not only provides a source of genetic parts to iGEM teams, but also to academic labs.

iGEM brings the best out of young scientists – empowering them to take risks, start businesses and think outside the box, writes Paul Freemont

iGEM is an extraordinary competition. What is amazing is that it targets secondary schools, sixth formers, undergraduates and early-stage postgraduates, and even those in community or 'DIY bio' labs – and that teams from all over the world enter.

This mixture of ages, genders, experiences, cultural and ethnic backgrounds and languages, all competing to design and build the coolest biology system or device in the world, makes for a unique experience.

The youthful energy and the excitement at the jamborees is like nothing I have seen before in science, and the fact that everyone feels so empowered in applying the tools and technologies of synthetic biology to tackle major global problems is heartening to those of us who have become slightly grumpy and a little cynical.

Yes, some are ill thought-through and many won't work, but suddenly there are some ideas and projects that blow you away with their creativity and execution.

Unlike ageing academics and teachers (speaking for myself, of course), there are no constraints on iGEM teams' imagination and they are not inhibited by trivial details. I often reflect after iGEM jamborees that sometimes we teach students to constantly over-question. While this could be termed scientific rigour, it can sometimes inhibit thinking 'outside the box'. Science and engineering is also creative and iGEM unlocks this creativity.

Some commentators not involved in iGEM suggest it's just a bunch of young people having fun over the summer. Wrong: iGEM is an extraordinarily demanding competition where student teams have to fulfil many criteria to qualify for the medal prizes.

By the end of the competition, teams will have created a website or wiki on their project, given a 20-minute presentation at the jamboree, produced a poster and contributed new BioBrick parts into the Registry, which are shared with all the teams at the next competition.

There are also many other criteria that need to be fulfilled and arguably one of the most important is the integration of human practice into iGEM projects. iGEM teams have to seriously consider the societal aspects of their projects, and come up with compelling studies as to what these are and how they have been tackled.

iGEM is also a powerful teaching and educational experience for students – many of them have never been exposed to the techniques and processes of research or research laboratories.

While the rigour of experimentation is a key part of iGEM – remember, synthetic biology is based on systematic design processes and detailed characterisation – students also undertake a huge problem-driven learning exercise. As well as involving technical aspects, it requires the interpersonal skills of working as a team and learning to communicate issues to colleagues in a constructive way.

Furthermore, the students are also required to collaborate with other iGEM teams. This allows them to build connections and relationships with like-minded students around the world, reinforcing the true international nature of science and engineering collaboration.

iGEM teams are the biotechnology innovators of the future. The list of start-ups that have spiralled out from iGEM is very impressive, with several companies attracting multimillion-dollar investments. Thus, not only does iGEM provide an amazing training ground for future synthetic biologists, but it also seems to encourage a 'start-up' culture of innovation and technology development.

Why do iGEM teams start up companies? Maybe it's something to do with the empowerment of youth through knowledge, training and mentoring. Maybe it's the iGEM process, which develops multi-skilled and multi-tasking researchers.

I have seen first hand the development of two such start-ups from Imperial College (LabGenius and CustoMem), and I am convinced iGEM teams will continue to propagate the synthetic biology start-up ecosystem with new companies and employees for future synthetic biology businesses. This is particularly relevant as we move into a new era of biotechnology innovation involving the 'engineering' of biology, which will need a skilled workforce.

One thing of which I am absolutely sure is that iGEM will continue to form a crucial component of synthetic biology. Perhaps even more importantly it is training the biotechnologists of the future.

Find out more about the dozen or so companies formed from iGEM team projects at igem.org/IGEM_Startups

iGEM's director of development, Kim de Mora, talks us through his favourite entries from the competition
"People tend to think of iGEM as toy projects done by undergraduates. However, the truth is that some of them are incredibly important, valuable and will likely have a real bearing on the world.
One of my favourite projects was by the University of Washington team from 2011 on gluten degradation. They looked at the enzymes going through clinical trials to treat coeliac disease and noted that the main candidate enzyme was not very active at the low pH conditions in the human stomach.
They found an enzyme that was very active at low pH and did some protein engineering using Foldit – an online computer game that enables players to contribute to protein folding research – to optimise it for gluten digestion.
By the jamboree, after testing about 100 variants, they achieved roughly 800 times more activity at low pH than the enzyme going through clinical trials.
The graduate student adviser on the project changed the direction of her PhD research and worked on further characterisation of the enzyme. And this is where it gets exciting. She founded a company called PvP Biologics last year with a couple of other University of Washington scientists and in January they announced a $35m deal to develop this into a new treatment for coeliac disease.
Another great story is Benchling, which started as the 2012 MIT Entrepreneurship team. Described then as a 'DNA Swiss Army knife', the project is now an intelligent research platform that enables collaborators to do their experiment design and note-taking, and use a range of molecular biology tools, online. They have raised more than $13m so far and their software is used by about 40,000 scientists worldwide.
One area of the competition that is incredibly important for us is Human Practices. This is the effect that a team's project has on the world, and vice versa. They need to think about how people and society will react to what they are doing: we know that science is not done in a vacuum and that the outcomes of their projects will eventually impact real people, and also that people are looking at what they do. It's incredibly important for teams to be aware of how they are perceived and how their work could be interpreted.
One team in 2015, in addition to their project on the chemical promoters used in synthetic biology, developed a curriculum of synthetic biology information for grades 1–12, which has now been implemented in 15 schools."
For more information visit igem.org 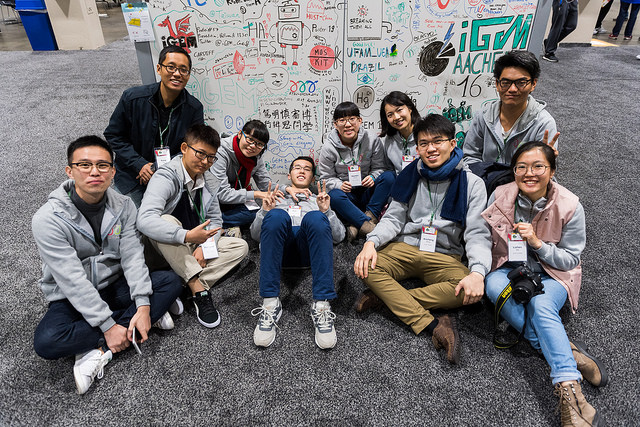